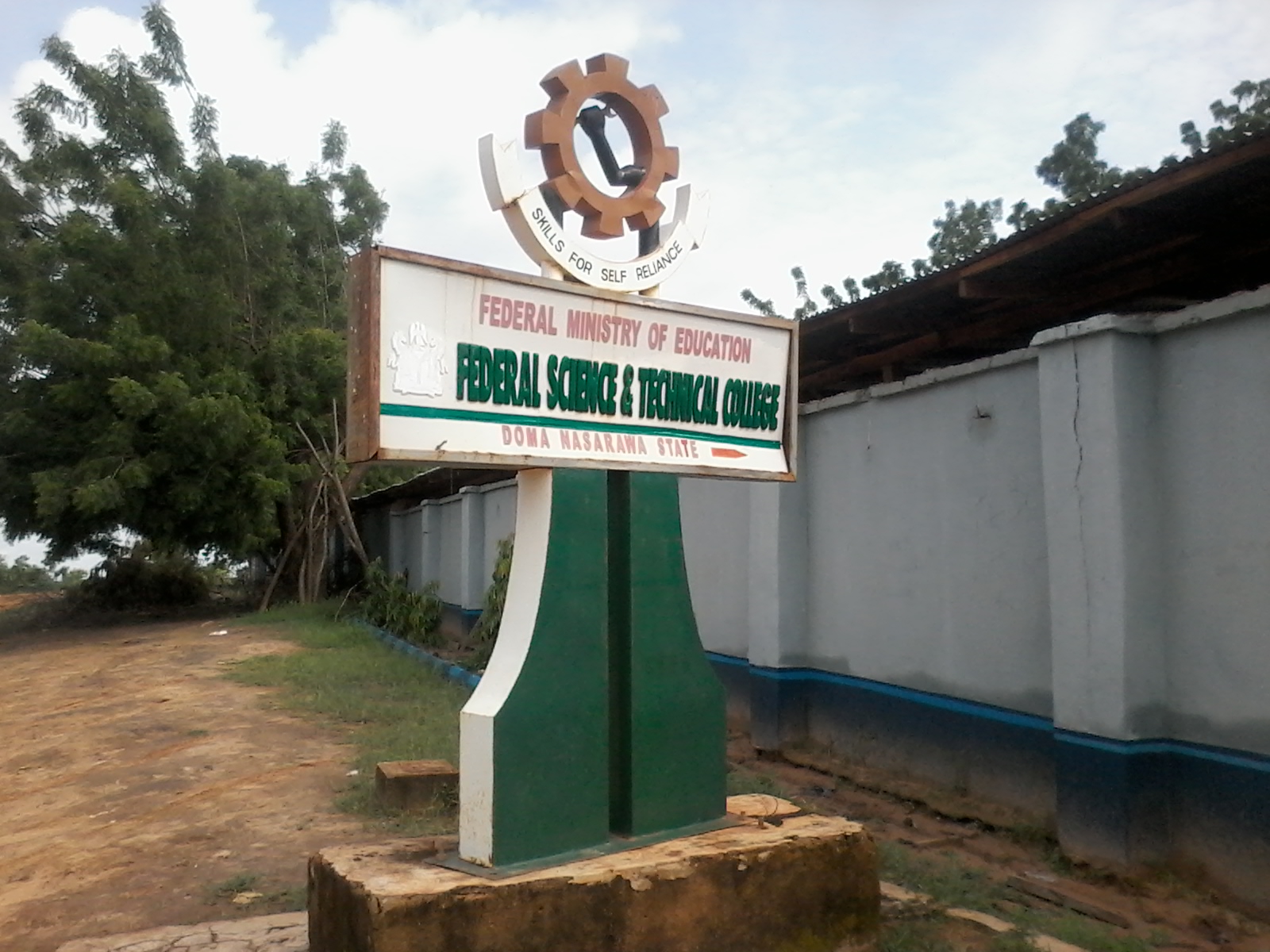 …we have only one English and maths teacher-PTA

The unfolding in the Federal Science And Technical College,Doma in Nasarawa State with a population of 600 students has only one permanent teachers of English and Mathematics.

He stated this in an exclusive interview,

This revelation was coming at a time the Federal Government is doing all it’s possible best to uplift the standard of education in the country,it was unveiled that huge amount of money was earmarked for the construction of classrooms and fencing but over the years little effort was made to rejuvenate public schools.

The Chairman maintained that with the chunk amount of money budgeted as staff salaries annually,the school relied on PTA staff to run the affairs of the school established ten years ago.

Calling on the Federal Ministry of Education to post teachers to the College so as to maintain the population of students.

It was learnt that the school has a total of 30 PTA staff whom our feelers said are paid less than N20,000 monthly but has the highest number of period,it was gathered that out of the 30 PTA staff some of them are seriously engaged as they work for over twenty hours weekly but without well package.

Reliably source says that for Mathematics staff,they has only one permanent staff while other 4 are PTA taking students from JSS 1,2,3 and SSS 1,2 and 3 respectively.

Shortage of teachers in the ten years old school has lead to the mass exodus of students seeking for better alternative considering English and Mathematics as the core subjects.

universalreporters.ng during an interactive session with the FSTC Chairman,Mr.Patrick Ogah and the College Principal,Haruna Emmanuel expressed dismay over the unfolding in the College.

Mr.Ogah sue for the cooperation of the Federal Ministry of Education to tackle one of the major factor militating against the dwindling of the College population.

An insider who did not want his name on print decried the delay in the payment of the monthly stipend given to PTA, saying PTA staff who were exposure to untold hardship are yet to be paid their May take home pay.

universalreporters.ng gathered that the College has a staff strength of 99 permanent staff comprises of

Ex-Corp members retained by the College

Serving Corp members-15 excluding a chunk of casual as security and drivers.

It was learnt that one of the driver has since vacate the College after working for barely 10 years as casual staff.

, Mallam Hassan in a telephone conversation confided that the College was not only in dire need of teachers of core subjects but also extended to other subjects.

He affirmed that the acute shortage of teachers,crisis in the College during the reign of the former Principal,Odewale lead to the dwindling of students population.

He expressed worried over the daily sharp drop in students enrollment,saying shortage of teachers foist PTA to engaged the Services of 34 staff as a gesture by the Association.

” Our responsibility is not to employed staff for the School but to support the College in addressing the absence of staff and we engaged the service of 34 teaching and non-teaching staff”.

According to the PTA Chairman,”FSTC has a population of 1,200 and the enrollment drop to 339 students and out of the 339,288 students are paying PTA levy because we have students on scholarship and the Federal Government is paying the Ministry all other levies.

Again we have students from the crisis stricken States of Borno,Yobe and other states affected by insurgency and they are not paying PTA levy.

Mal.Hassan appealed to Doma indigents to take advantage of the location to enroll their wards,stating that the survival of the College remains the collective effort of sons and daughters of the host community.

He further appealed to His Royal Highness,the Andoma of DOMA, Alhaji Ahmadu Aliyu Ogah, the Deputy Governor,Dr.Emmanuel Akabe,the People’s Democratic Party running mate in the 2019 Governorship election and former Speaker of the Nasarawa State House of Assembly,Hon.Mohammed Ogoshi Onawo,the Governorship candidate of Zenith Labour Party,Umaru Aliyu Akwe and amongst others to save the College from collapsing.

Calling on the Federal and State Government to construct the only road network linking Doma town and the College from the pangs of collapsing.

All efforts to speak with the Principal on the number of Permanent teachers hit bricks wall as he directed our reporter to the Permanent Secretary, Ministry of Education for any details about the College.