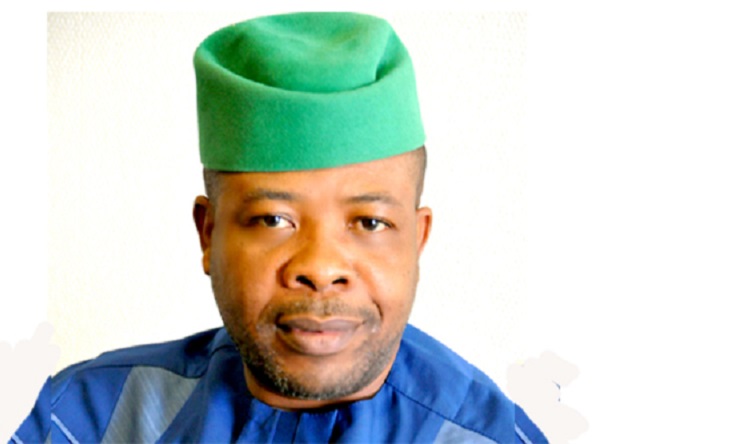 On June 1, 2019, Imo State’s Governor, Chief Emeka Ihedioha took a bold action which indeed, indicated that he was poised to bring in the best brains and quality hands to start the rebuilding process in the State that has been allegedly left battered almost in all facets by his predecessor, Owelle Rochas Okorocha. The governor on this day, announced the appointment of Chief Chris Okewulonu and Hon. Uche Onyeaguocha, both legal luminaries of note, as Chief of Staff (COS) and Secretary to the State Government (SSG) respectively.

These appointments elicited joy and re-kindled hope among many Imo people both home and in the Diaspora, that the new governor is undoubtedly serious about returning the lost glories of the State and re-asserting her prime position as the Eastern Heartland State. The appointment of Okewulonu in particular, has not ceased to generate commendations for the governor and has portrayed him as a fore-sighted administrator, who has knack for quality brains, hardwork and excellence in service delivery.

The wisdom of the governor in his choice of Okewulonu as the Chief of Staff is laudable and therefore, cannot be  over – emphasized. It is incontestable that the governor, Chief Ihedioha is a fast thinker, workaholic and very dexterous in whatever he does. He couldn’t have therefore, gone for a person with lesser credentials or who cannot match his pace as his COS. In Igbo cultural world view, it is said that “what an elder sees while sitting cannot be seen by a child even on an Iroko tree”. These are words of wisdom.

Okewulonu as a person, is an administrator well loved by Imolites across board irrespective of zonal or political party affiliations. He is a bridge builder and team player. His political sagacity and humility are infectious. He is versatile and naturally gifted.

A cursory peep into Okewulonu’s public record, shows a man, who humbly passed through the crucibles of tutelage in the legal practice, public administration and political sphere. Okewulonu believes that for one to be a good leader, he or she must necessarily be a good follower first.

The new COS is a Solicitor and Advocate of the Supreme Court of Nigeria with over 30 years experience in legal practice. As a young lad, he started his legal practice with the law firm of Chief Sam Mbakwe, Ph.D, first civilian governor of old Imo State.  Because of his hard work and astounding excellence, he swiftly rose to the headship of the law within an amazing short time, which marveled many.

At the young age of 26, he was unanimously elected the Secretary General of Avutu Development Union (A.D.U) in Obowo LGA of Imo State. Subsequently, in 1991, he was elected into the Imo State House of Assembly on the platform of Social Democratic Party (SDP).

By 1999, when democratic governance was restored in Nigeria, the then Governor Achike Udenwa appointed him into the enlarged Imo State Executive Council as Executive Assistant on Political Matters. His legislative background compelled Udenwa to also mandate him to serve simultaneously as Assembly Liaison to the Governor.

Because of Okewulonu’s brilliance and hard work, Udenwa redeployed him to the Ministry of Work’s, Housing and Transport as Honourable Commissioner. His tenure there witnessed massive infrastructural developments in the road, housing and transport sectors of Imo State. It is on record that he revived the State owned Imo Transport Company (ITC) and made it the toast of travelers in the South-East Zone.

Since reward for hard work is more work, as the popular saying goes, he was again in 2003, drafted to the Information Ministry on a salvation mission to revive the State’s ailing information sector. In conformity with public expectation, Okewulonu rose to the challenge and brought his administrative ingenuity to bear. He re-jigged and put the information hub of the State on the path of sustainable development which amazed many.

As information and Culture Commissioner, he built and equipped an ultra modern studio for the State’s broadcasting outfit, Imo Broadcasting Corporation (IBC) and installed lightening protector on the 500m transmission mast at IBC. He also mid-wifed the acquisition of TV OB Vans for IBC and revived the annual Ahiajoku and Ozuruimo Cultural fiesta. He equally instituted the first and longest running weekly post-Executive Council Meeting press briefing by any State in Nigeria and by so doing, encouraged cordial working relationship between the media and the government of the day.

Udenwa, not yet done with Okewulonu’s versatility, appointed him Secretary to the Imo State Government (SSG) in 2006. Udenwa’s successor, former Governor Ikedi Ohakim emulated him and retained Okewulonu as SSG on assumption of Office in 2007 in order to tap from his warehouse of experience and knowledge so as to stabilize his administrator.

However, Okewulonu had to abdicate the SSG’s position when a call for national service came as he was appointed the Federal Commissioner representing the South-East zone in the Fiscal Responsibility Commission, Abuja. Indeed, Okewulonu’s foray into public service replete with successes is numerous and eye-popping.

It is in appreciation of this fact, that Governor Ihedioha, who is a non-compromiser of hard work and positive results opted for Okewulonu as his COS. Imo people would have been surprised if he has done otherwise considering Okewulonu’s selfless commitment and result oriented disposition to any given assignment. The success story about the activities of the 2019 inauguration ceremony of the governor which Okewulonu chaired its committee is still fresh in Imo people’s mind. No governor who wants posterity to judge him right, ever appoints dullards and lazy folks as subordinates.

The good people of Imo State doff their hats for Governor Ihedioha for appointing the right caliber of people with pedigree into his cabinet. As a thorough bred administrator, Okewulonu is expected to have a remarkable multiplier effect on the success of the new administration in Imo considering his versatility, proven record of service and wealth of experience in the management of human and material resources.

With Governor Emeka Ihedioha on the saddle, Imo shall surely rise again to the glory of God.