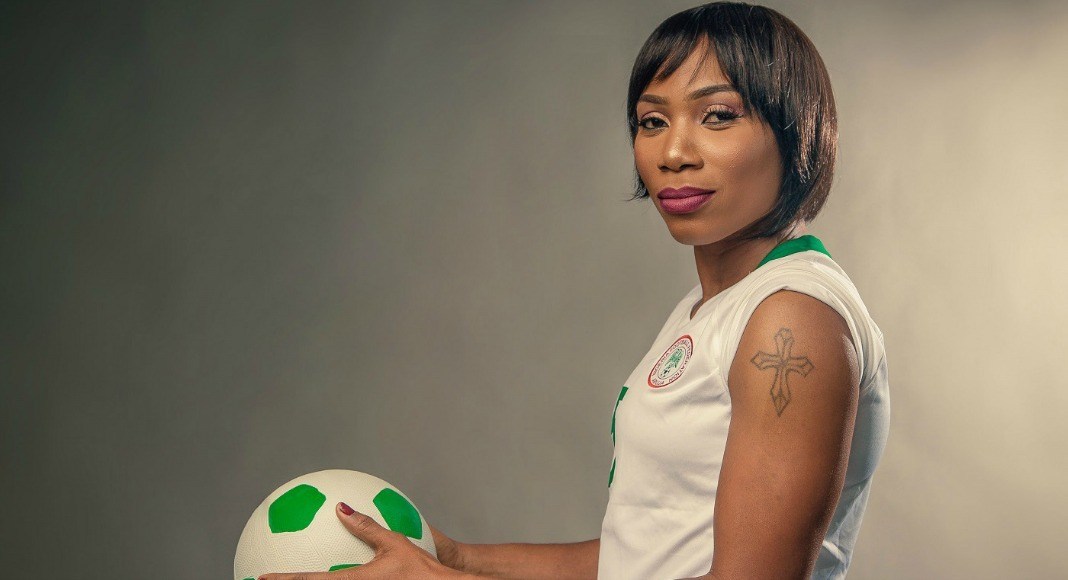 Super Falcons’ defender Onome Ebi was named to play at her fifth women’s World Cup when she was included in Nigeria’s squad for next month’s finals in France.

Ebi, 36, first competed at the 2003 Women’s World Cup in the U.S. and then at subsequent editions in China, Germany, and Canada.

She is the first African to achieve the feat.

Three-time African women’s Footballer of the Year Asisat Oshoala will be the Super Falcons’ key player as they take on Norway in Reims on June 8 and then South Korea and hosts France in Group A.

The News Agency of Nigeria (NAN) reports that Oshoala had featured and scored for Barcelona in the women’s Champions League final which Barcelona loss 4-1 to Olympique Lyonnais in Budapest on May 18.

The Nigerian squad features 15 foreign-based players in a much-changed look since Swedish-born coach Thomas Dennerby took over 18 months ago.

Nigeria have been past the first round only once in seven previous World Cup finals appearances.

NAN reports that the team is currently on a two-week camp at the Avita Resort facility in Bad Tatzmannsdorf, Austria ahead of their departure to France for the mundial which starts on June 7.

Nigeria will take on Norway, Korea Republic and host nation France in the group phase of the championship.