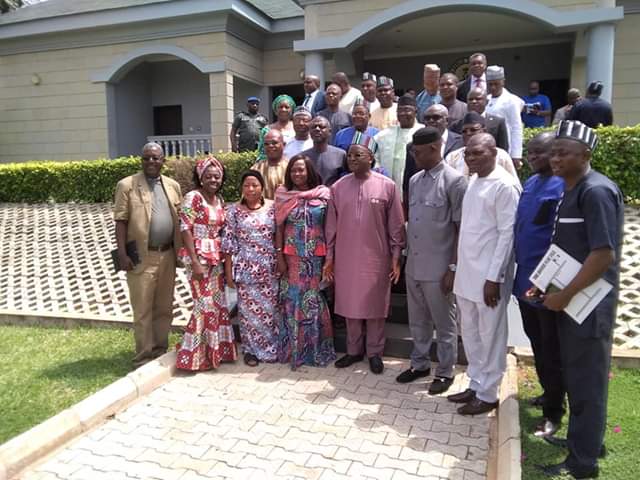 Benue State Governor Samuel Ortom has pledged to give a facelift to the secretariat of the Nigerian Union of Journalists, NUJ, Benue Council.

The governor made this pledge when he received the state leadership of the NUJ, Benue State Council, led by the Chairman, Comrade Victoria Asher on a courtesy call.

Ortom who acknowledged the support that the media has given to his administration over the years, appealed to the media to a excise caution in their reportage saying he will always welcome constructive criticism.

The Governor pledged to address issues raised by the council including the resuscitation of the state media organizations; Radio Benue and the Voice Newspaper, as well as facelift for the NUJ facilities in Makurdi.

Earlier, the NUJ Chairman, Comrade Victoria Asher said they had come to formally introduce the new leadership to him, identify with his determined efforts to improve the fortunes of the State, seek ways to further strengthen the bond of partnership between the NUJ and state a government for state development.

Mrs Asher who congratulated the Governor on his victory at the recent polls said the victory is no doubt a reward for his commitment to the protection of the Benue people again at crimes and criminality in the State. 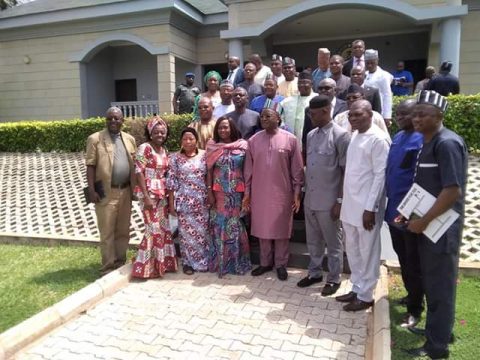 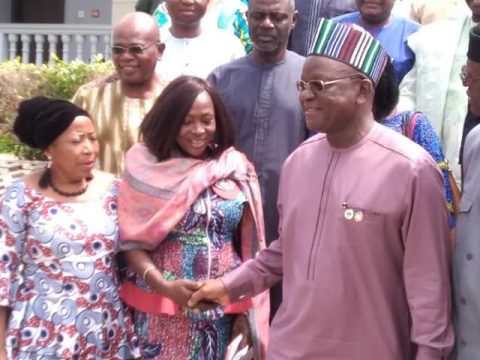 The chairman noted that “One of the greatest challenges of society today is fake news and hate speech. In addition, some people set out to misinform, disinform and spread pernicious propaganda, all in an attempt to change the narrative on serious national concerns to favour their pre-conceived selfish positions.

She lamented that Benue State and its people are among the worst victims of these distortions in information dissemination.

She therefore assured that the Union under her watch will not relent in fighting against quackery and unethical practices within the Journalism profession.

“We shall continue to uphold our constitutional responsibility of promoting responsible citizenship and responsive, result-oriented leadership and governance for the greater good of society.

She appealed to Governor Ortom to assist the leadership overcome most of its numerous challenges which includes
decayed structures, lack of modern facilities and a bus at the NUJ schools, decay of the secretariat building.

The chairman also called on the Governor to reposition the state information sector particularly the Ministry of Information and Orientation and the State owned media houses to enable them perform optimally for the benefit of the Government and people of Benue.