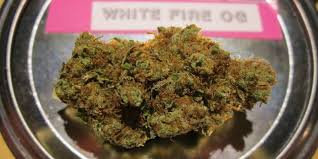 A Federal High Court sitting in Osogbo on Wednesday convicted and sentenced one Buhari Abubakar, 26, to four years in prisonment for being in possession of 2kg of Cannabis Sativa (India Hemp).

In sentencing the convict, the presiding judge, Justice Peter Fubi, said the court considered Abubakar’s countenance, his plea of guilty which did not waste the time of the court, as well as his plea for forgiveness to reduce his sentence.

Justice Fubi said the law stipulates a minimum of 25 years jail for the offence but the court was being magnanimous to reduce his sentence to four years.

He said the sentence should, however, start reading from the period of his detention with the National Drugs Law Enforcement Agency (NDLEA) on Aug. 18, 2018.

The judge ordered that the NDLEA should equally destroy the exhibit recovered from the convict.

The News Agency of Nigeria (NAN) reports that the NDLEA prosecution had arraigned the convict on Aug. 19, 2018 for being in possession of Cannabis Sativa after he was arrested on Aug. 18 at Itaogun Village in Ilesha, Osun.

Mr Ogaga Azugo, the NDLEA counsel, said the offense was contrary to and punishable under Section 19 of the NDLEA Act Cap No 30 Law of Nigeria 2004