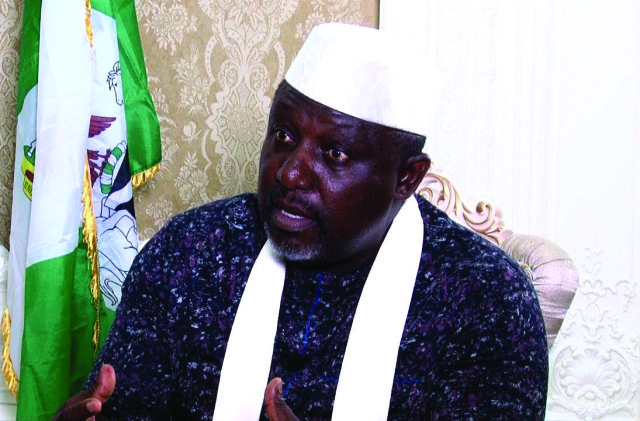 Governor Rochas Okorocha  on Monday assured the people of Imo of a smooth transition in the state, come May 29, 2019.

Okorocha, according to a press release signed by his Chief Press Secretary, Mr Sam Onwuemeodo, gave the assurance when members of the Joint Transition Committee paid him a courtesy call on Monday, at the Government House, Owerri.

He advised the members to ensure their priority was the best interest of the state, urging them to do all that could be done to move the state forward.

The governor said that the essence of the committee was to ensure the incoming administration was well informed on the activities of the outgoing government, to guard against persons who might  want to take advantage of the gap.

He said that their work would make the incoming government more grounded in taking decisions.

“Let me remind all of you seated here that you are all Imolites and the interest of Imo far outweighs that of anybody. I wish all of you well, and urge you to make sure you succeed in this process of transition.

“I do know that when there is no proper handover, accounts can miss and some property of government will be lost in the process. That shouldn’t be the case, because at the end of it, Imo will be the loser and not any individual.

“Government is a continuum, and when one stops, another takes over, and this is a very important issue we must all know,” he said.

Earlier, the Chairman of the Joint Transition Committee,  Mr Mark Uchendu, said the committee had taken off smoothly.

Uchendu expressed gratitude to the governor for allowing the joint committee members to use government facilities in carrying out their assignment.

In his contribution, the co-chairman of the committee, Mr Chris Okewulonu, said their meetings so far had been fruitful, assuring the governor that the transition would be peaceful.