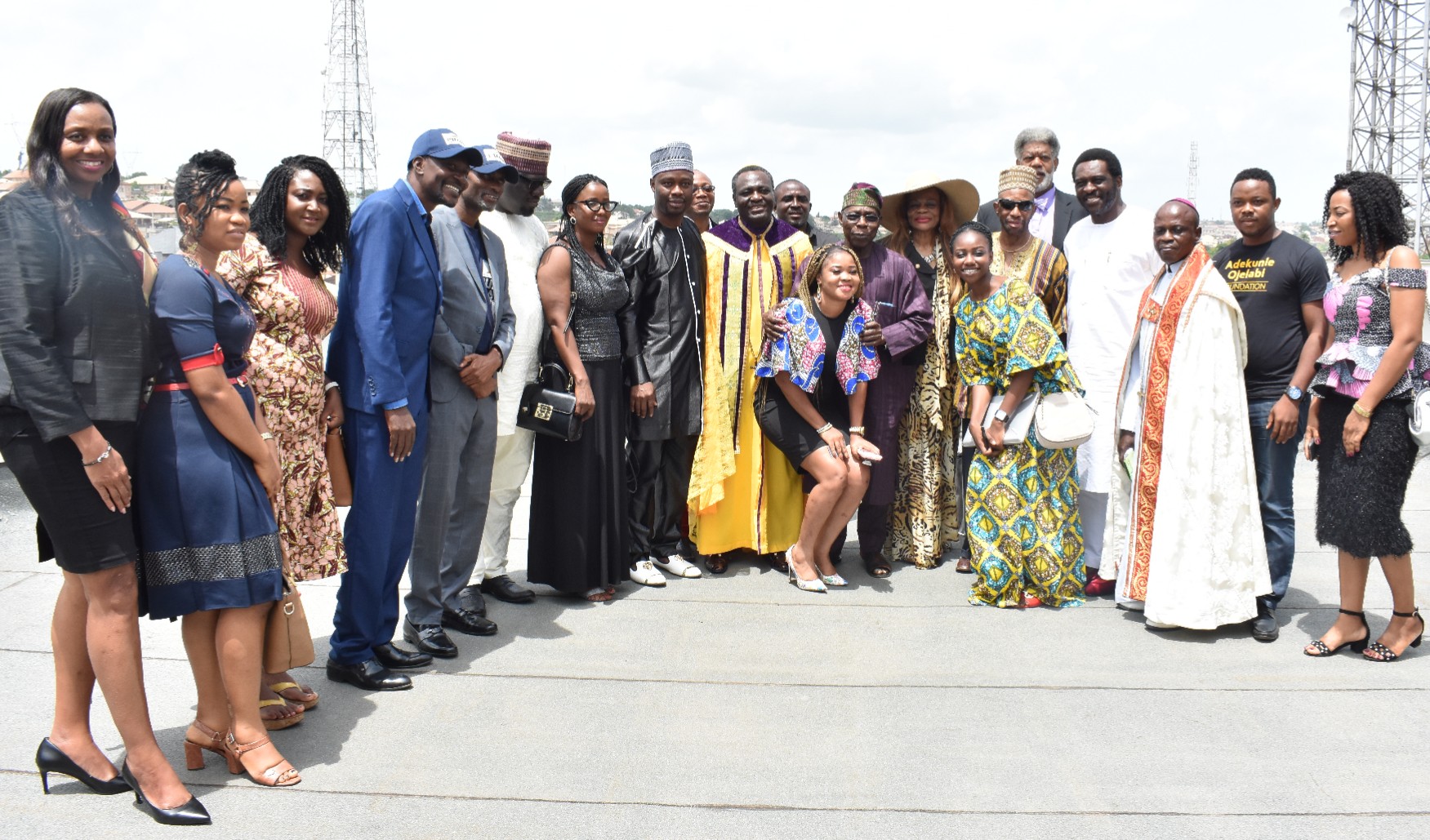 As American-Africans promise investments
A prophetic message that the former President, Chief Olusegun Obasanjo will be one God will use to bridge the gap between the country’s old generation and the new one has been revealed.
The President of the African Economic Empowerment Initiative (AEEI), His Eminence (Archbishop) Samson Mustapha Benjamin made the revelation, when he joined delegation of the Nigerian Association for Young Adults of Canada (NAYA), the Polling Units Ambassadors of Nigeria (PUAN) and some American-Africans on a courtesy visit on Obasanjo at his Olusegun Obasanjo Presidential Library (OOPL) Abeokuta.
The development came even as the leader of the American-Africans team and President of California Congressional Black Caucus, Dr. Zyra Macloud promised to initiate investments to Nigeria using the pedigree and personality of the former President in order to create job opportunities in the country.
The man of God, who declared that there was no pre conversation with Obasanjo before the meeting, said that the role to be played by him was sacrosanct and could not be changed.
“Nigeria knows him and he knows Nigeria. That is who Obasanjo is. At every junction of Nigeria’s history, he is a divine destiny. You still have a lot to do for Nigeria. Before I drop the microphone, the truth is that you still have a task to achieve, to do this country.
“Whether they like it or not, you will still be alive to achieve the task. You will be alive to bridge the gap between the old generation and the new generation. It will be one task that it is like standing between the living and the dead. The Sun will soon set on the old generation and the Sun will rise on the new generation. And the man that will be in the center of this is Olusegun Obasanjo.
“You may not have been told, but, but I am very sure that in your dreams, aspirations and no matter what ever anybody feels this task must be achieved. Even if death comes here now, death has to excuse you to accomplish your mission for Nigeria. And if you all look at him, as i am speaking, he has already given himself up. I am only opening the book of the future,” Benjamin said.
The National President of NAYA, Shola Agboola had earlier explained that the group was in the country to further tap on the pedigree of the former President to seek the American-Africans interest in bringing investments to Nigeria.
According to Agboola, NAYA has partnered with several reputable international organizations to carry out many of its socio-economic programmes and intervention in virtually all the geo-political zones of the country with social investment worth several hundreds of millions of dollars.
‘Some items donated in Osun State, Oyo State, Abia State, Ogun State, Imo State, Bayelsa States, Kebbi state e.t.c include free medical equipment and supplies, hundreds of laptop and desk-top computers, hundred of thousands of post-secondary & primary textbooks to many schools as well as thousands of clothing to people in rural areas.
“We have been using your name to achieve all these. And we believe that with your presence today in the midst of the California Congressional Black Caucus, with the President personally present, I want to believe that they are convinced to come forward with their plan to bring investments to Nigeria,” Agboola said.
The President of California Congressional Black Caucus, Dr. Zyra Macloud who could not hide her feeling for meeting with Obasanjo and coming to Nigeria for the first time, assured that the United Department of Commerce was aware of the visit, which is meant to bring investments to Nigeria in order to create job opportunities.
Obasanjo while reacting to Archbishop Benjamin’s prophecy, said it is only God that can make all things possible.
He posited that it was only important to learn from the mistake of the past, stressing, “and it is only a wise man that learn from the mistake of the past. May God grant each and every one of us the wisdom to move this country forward.
“God will never give you a task without providing the necessary wherewithal to accomplish the task. We shall continue to pray for this,” Obasanjo said.
Members of the California delegation include, the Executive member of the International Black Chamber of Commerce, Mr. Eddie McCloud, Ms Arlise Hamilton, Mr. Kenneth Eywrick and Amb. Capt. Dabas Suleiman, the Ambassador General of the Polling Unit of Nigeria (PUAN).