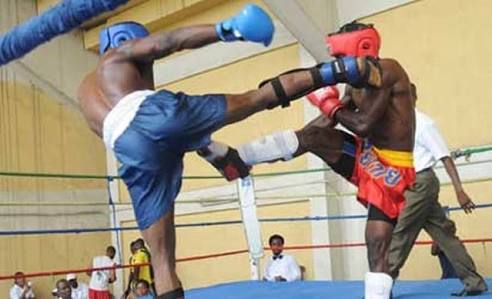 Kickboxing Federation of Nigeria (KBFN) has postponed its planned Technical Courses/Grading for Coaches, Judges and Referees, to allow more participants the opportunity to register for the programme.

Peter Njoku, Secretary of KBFN, announced the postponement in an interview with the News Agency of Nigeria (NAN) on Monday in Lagos.

He said that the programmes, earlier billed for between April 24 and April 27, would now hold between May 8 and 12 at the Indoor sports Hall of the Samuel Ogbemudia Stadium in Benin.

Njoku said that a number of technical officials from state associations had indicated their interests to participate in the five-day programme.

‘But we cannot achieve the objective of the programmes with the number on ground now.

“Particularly, most of them requested for the date to be extended to enable them to do the needful and participate in the courses which we considered in the board and obliged them.

“We expect coaches, judges and referees to make the best use of this postponement and fulfill participation requirements so that we can carry all along and bring them to standard, ” he said.

He emphasised that participation was mandatory for all coaches, judges and referees, adding that the federation would send comprehensive list of successful officials to states’ sports councils and Ministry of Youth and Sports Development.

According to him, the step is to ensure that only technical officials that have successfully passed standard coaching and officiating requirements can be part of KBFN programmes and events.

“List of successful officials will be sent to the Sports ministry, Sports Commission and Clubs to guide them in appointing or inviting the services of coaches, judges and referees for national/international competitions.

“This is the reason we are throwing the programmes open; extended the dates as they requested and emphasised the benefits accrual from their participation,” he added.

The KBFN secretary said that Blue and Red were the official colours for fights, therefore kickboxers must dress in the approved uniform colours whenever they appeared for competitions at any level.

“Unlike before, kickboxers will no longer be allowed to wear colours of their choices to fight; it is fundamental that we conform to rules as obtained at the international level,” he said.

Njoku disclosed that internationally certified Kickboxing technical officials had been invited as resource persons for the programmes.