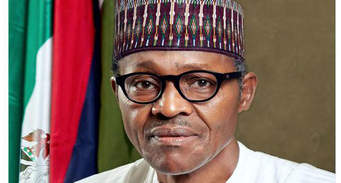 The Federal Government has 58  ongoing road and bridge projects in the South East, Minister of State for Power, Works and Housing, Alhaji Mustapha Shehuri has said.

Shehuri said this on Thursday in Abuja when he received a delegation from Igbo World Union (IWU) led by its President General, Dr Mishak Nnata during a courtesy visit.

The minister said that  since the inception of the current administration in 2015, the federal government has put up several initiatives to ensure construction and rehabilitation of roads across the country.

“At the inception of this administration in 2015, we met a lot of mess in the system, particularly, in the area of infrastructure.

“As I speak to you now, we need nothing less than N3 trillion to fix road infrastructure in the country and as at 2015 when we came in, budgetary allocation for road was just N18 billion.

“The N18 billion would not have gotten  any where, but in view of the President Muhammadu Buhari’s commitment to developing  infrastructure in the country, the budgetary allocation was increased to over N480 billion in 2016.

“The allocation was increased, notwithstanding the dramatic fall in the price of crude oil that led the country to recession at the beginning of the administration,” he said.

He said that the Federal Government had come up with several initiatives, including the Sukuk fund, Presidential Infrastructure Development Fund and Tax Credit Policy to addressing funding challenges in the execution of road projects.

The minister commended the delegation for the visit and noted that the commitment of the union which preached and promoted peace in the midst of challenges in the country was a welcome development.

Nnata said that IWU was a Pan Igbo Social-Cultural organisation with focus on peace and unity, based on equity and transparency.

He said:”we encourage peaceful co-existence not only among the Igbos, but with host communities while in pursuit of the Igbo cultural diplomacy.

“We canvas and support moves for an egalitarian, civilised Nigeria state that will be home to all Nigerians.

“IWU pledges her expertise in servility to the success of this government, to synergise and harmonise partnership with your ministry to provide the much needed infrastructure in the Southeast,” he said.