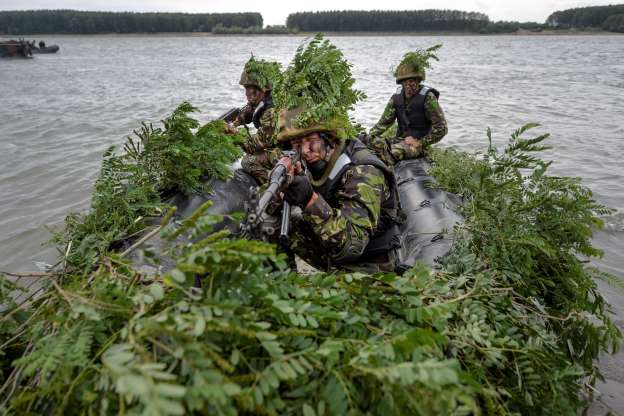 “Our Qadir-class submarines have so far fired cruise missiles and Fateh has this capability too and we will display it in future drills,” Rear Admiral Khanzadi told FNA on Monday.

He also added that the missile mounted on Fateh submarine is the new generation of home-made Nasr missile which was developed within the framework of Jask 2 project and has differences in range with the past models of Nasr cruise missile.

Iran on Sunday launched its latest state-of-the-art submarine named Fateh in the Southern waters of the country in a ceremony participated by President Hassan Rouhani and Defense Minister Brigadier General Amir Hatami.

Over 412,000 parts have been used in the construction of Fateh and Iranian experts have indigenized or developed 76 technological fields to manufacture the submarine, whose construction was accomplished after 4,200,000 men/hours of work.

Using over 55 factors to determine a country’s PowerIndex score, the Global Firepower 2018 list ranks the most powerful military nations in the world. Of the 136 advanced and lesser developed nations included, the parameters include their geographical location, natural resource reliance, manpower and current economic health. It must be noted that nuclear capability and current political/military leadership is not taken into account. Also, land-locked nations are not penalized for not having a standing navy. Here’s a look at the 50 most powerful military nations, according to the list, as of April 14, 2018.

“The defense ministry will continue its plans to develop and equip the Army and IRGC Navies and the Naval border guards powerfully,” he added.

In relevant remarks on Saturday, General Hatami said that Iran had mounted cruise missiles on its new home-made state-of-the-art submarine.

Iran has made big achievements in production of different weapons and military equipment.

Two Qadir-class submarines were delivered to the Iranian Naval forces in the coastal strip of Makran along the Persian Gulf and the Gulf of Oman in October in the presence of Commander of the Iranian Navy Rear Admiral Hossein Khanzadi.

He described the Navy as the symbol of the Iranian nation’s might in the sea, warning enemies that any aggression against the country and its waters and borders would receive a crushing response.

Qadir-class submarines are equipped with sonar-evading technology and can fire missiles and torpedoes simultaneously.