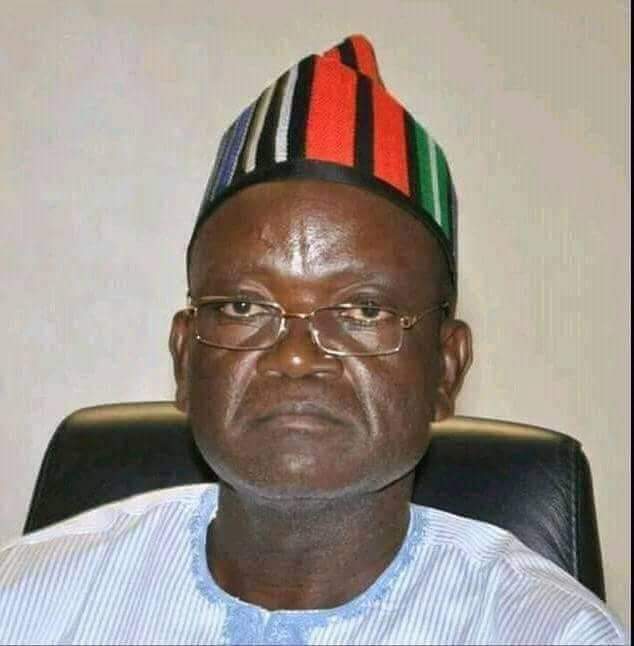 Before Governor Samuel Ortom became the governor of Benue State in 2015 on the platform of All Progressives Congress (APC), I was one of those who relentlessly campaigned for him. I chatted with him on facebook and assured him that he was going to win the election against Dr. Terhemen Tarzoor in Peoples Democratic Party (PDP).
Ortom presented himself as a man of God who was transformed and was ready to deliver the dividend of democracy to the good people of Benue State. I felt Ortom would make the desired impact because someone who is a man of God needs to put the welfare of the whole about selfish interests.
I used to walk pass by the Oracle Printing Press in Makurdi close to Kastina-Ala Street and see him and his team sing, preach and pray outside the press. I felt he was truly a man of God prepared to serve the people until his unimaginable actions today as the governor proved me wrong.
When Ortom was sworn-in on May 29, 2015, my first article to him was titled: “Governor Samuel Ortom, Please Do Not Fail The People Of Benue State”. In the article, I highlighted some points why he ought not to even dream of failing the good people of Benue State. Unfortunately, my article did not make any significant impact as it is evident in his abysmal and amorphous governance.
Even as Ortom defected to Peoples Democratic Party (PDP), if he had cleared the backlog of salaries and pensions including others, and had done significant capital projects, I won’t have been supporting and campaigning for Rt. Hon Barr Emmanuel Jime to become the next governor of Benue State.
When leaders fail to deliver, their political affiliations mean nothing to me. That is why you will never see me campaigning for the Governor of Kogi State, Yahaya Bello although he is in APC. The reason is because he is the worst governor in the history of Kogi State and the worst governor in Nigeria. The unfortunate thing is that he is hoping to win his re-election through President Muhammadu Buhari’s influence because Kogi people have united against his abysmal and amorphous governance.
The Governor of Ebonyi State, Dave Umahi is from PDP but he is the one I support and want him to win his re-election because he has performed impressively. I did my National Youth Service Corps (NYSC) in Ebonyi. When I visited the state recently and saw the level of development in Abakeliki to Afikpo North, Afikpo South to other local government councils in the state, I was surprised. I advise the APC gubernatorial candidate in Ebonyi State not to waste his resources to campaign because the people of Ebonyi will never vote for anyone else until Umahi wins his re-election and completes his second term.
If with the little resources Umahi has and could develop Ebonyi and pay salaries, pensions among others, what excuse has Ortom for not paying. That is why Buhari loves Umahi for being a governor who loves his state and his people despite the fact that he is in PDP.
I have also written articles to commend Umahi for the significant impact he has made on the people of Ebonyi State.
As it stands, Ortom is the second worse governor in Nigeria while the first position goes to Yahaya Bello of Kogi State.
According to the National Bureau of Statistics (NBS), the total fund earned by Ortom in 42 months is N402.05bn. With this figure, clearing the backlog of salaries and pensions including others would have been done without delay if he had the interest of the people of Benue State at heart.
This shows that Ortom’s refusal to clear the backlog of salaries and pensions including others is a deliberate act to aggravate the plight of Benue people while his personal interests and businesses flourish.
I have taken time to check the archives of past governors in Nigeria since 1999. My findings showed that no governor performed better in their second term than their first term.  This shows that from Ortom’s abysmal and amorphous first term governance, there is no indication that he will be an exception and as a result, should not be voted in this year’s gubernatorial election.
Ortom after understanding this feels he can crossover using Fulani herdsmen killings and Anti-Open grazing law which he has politicised and over dramatized to win the sympathy of the bunch of the ignoramuses who are not only gullible but strong-willed to swim in ignorance and negligence.
A no-development, no-salary and no-pension government should be voted out of office before things reach unimaginable level of destruction.Attachments area