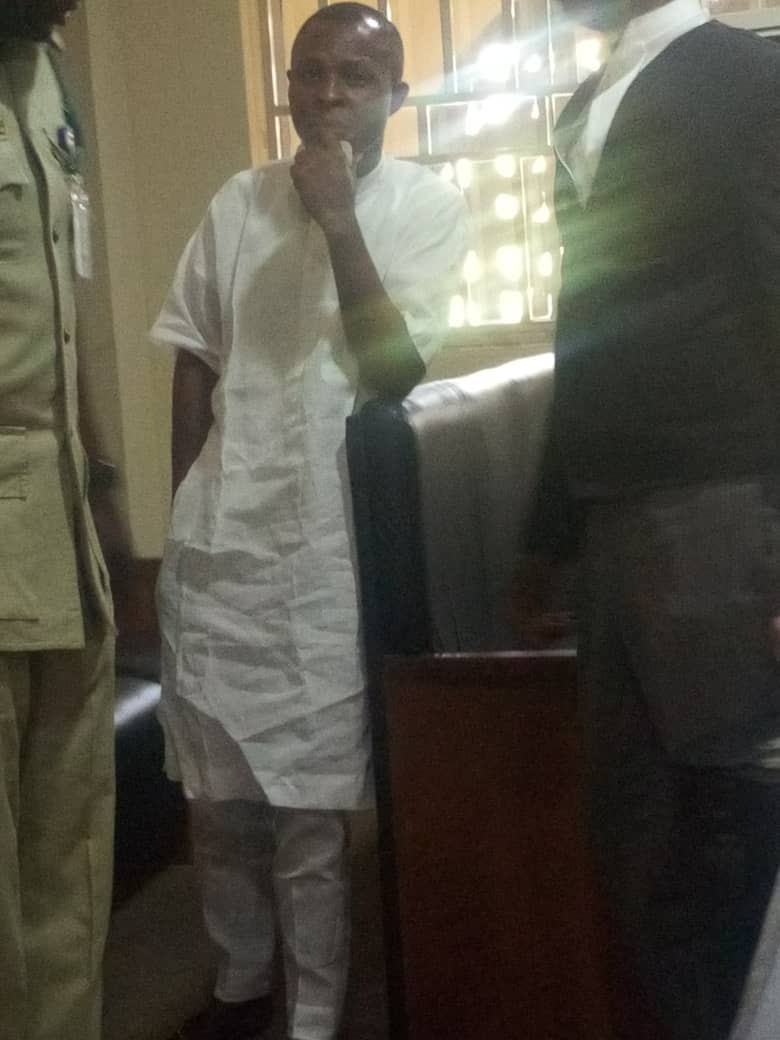 The Economic and Financial Crimes Commission, EFCC, on November 14, 2018 secured the conviction of Raymond Azuka, for offences bordering on forgery, committed between May 2013 and August 2014.

Azuka was standing trial before Justice M.B. Idris of a Federal Capital Territory, FCT High Court, Nyanya, for a six-count charge, in which he was accused to have intentionally induced the Nigerian Security Printing and Minting, NSPM, to employ him as Security Assistant 1A.

Azuka presented a forged reference letter purportedly made by the Honourable Minister of Finance, Dr. Mrs. Ngozi Okonjo-Iweala recommending him as a worthy officer fit for employment. The offence is contrary to section 320(b) of the Penal Code.

The EFCC also accused him in counts one, four, five and six of forgery and intentionally inducing the Tertiary Education Trust Fund, TETFund “to employ you as Account Officer II by presenting a forged reference letter” purportedly signed by Okonjo-Iweala, then minister of finance.

Justice Idris found him guilty on counts two and three, in which he was accused of forging the reference letter purportedly signed by Okonjo-Iweala and fixed December 7, 2018 for sentencing and hearing of other charges.