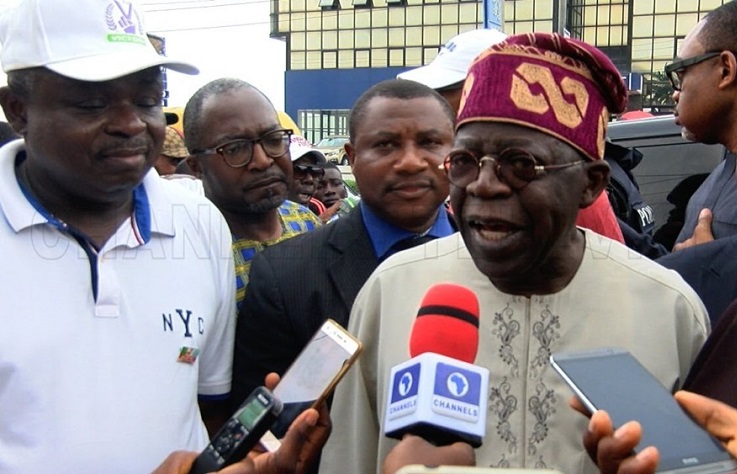 He dismissed Tinubu’s claims that the South-West was not affected by herdsmen attacks, noting that the marauders had killed people in Yewa, Oke Ogun, Akure, Ekiti and other parts of the region.

Reacting to a statement by Tinubu’s media aide, Tunde Rahman, in which he said the Afenifere chieftain was suffering from selective amnesia,  Odumakin, in a statement on Thursday,  accused the All Progressives Congress leader of living in denial.

He said, “Tinubu has maintained a sinful silence as herdsmen launched vicious attacks on the South-West and other sections of the country with thousands of lives lost in the last three years.

“He can play the ostrich all he wants but we know he was mute when herdsmen kidnapped Chief Olu Falae. He could not find his voice when herders killed people in Yewa, Oke Ogun, Akure, Ekiti and the Middle Belt.

“Neither did I hear a word from Tinubu when herdsmen kidnapped and killed a Permanent Secretary in Osun (where Tinubu and I are from).”

The Afenifere’s spokesman said Tinubu only postured as a federalist when it suited him, noting that cattle herders as businessmen should apply to state governors for land allocation if they were interested in ranching.

He accused the APC chieftain of launching a personal attack against him.

“I do not intend to take issues with him in all the personal attacks and insinuations of disorder of the mind. Why should I when I know that it is chronic abusers of substance that are more prone to suffer from such? Thank God I am not one of them,” Odumakin quipped.