Police investigate allegations of rape at singer’s concert in Enugu

The police command in Enugu state have started investigations into the allegations of rape at Flavour’s concert in Enugu on Saturday, March 31st, 2018.

The free concert took place at Michael Okpara Square in Enugu and according to a Twitter user with the handle @Naturize9, women were assaulted, molested and raped during the show.

Her account of Flavour’s concert is similar to rape allegations at past Nigerian music concerts.

“So, your favourite celebrity decided to give back to the community, made his concert free, but his fans (most) present at the Square, started to rape girls like it’s part of the script. 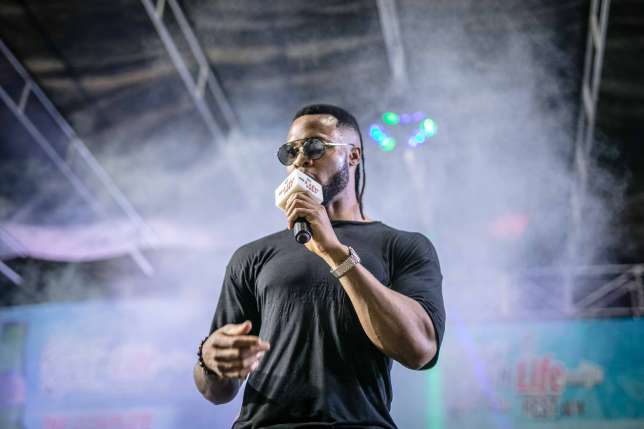 “They not only raped girls, but went in turns, protected the rapists from security agents and started to play with the victims’ undies! Please, someone tell me this is Sodom & Gomorrah” she wrote. You can read her full post below;

Another Twitter user @Adedotvn narrated his experience at the turbulent show. “I’m leaving Enugu this morning! What I saw yesterday was a country with more youthful problem than we can imagine!

“Yesterday, the amount of girls that were sexually harassed and raped at the Concert was heavy! Concert became a rescue operation for Innocent girls.”

He however absolved Flavour for what went down at his concert.

“Vile men! Don’t get it wrong, with the amount of Crowd at the Square, None of Flavour’s internal Team were aware of the nonsense being perpetuated. Mobile Police and Bouncers were doing the possible best they could but the crowd of boys were too much.  Kudos to the Bouncers yesterday!” he wrote on Twitter.

Also, according to Punch, several ladies were alleged raped during the concert. The Flavour concert which was sponsored by the state government had a huge turn out and the venue could not contain the large crowd. The concert was free which contributed to the high turn out.

The disturbing stories of what allegedly went down at the concert has drawn the attention of the police in Enugu.

Amaraizu revealed that a suspect was in the custody of the police for attempting to rape a lady at Flavour’s concert.

“The Enugu State Police Command, through its operatives at the Independence Layout Division, has commenced investigations into the alleged conduct of some people, ranging from attempt to gang rape a victim, as well as other offences, during a musical concert at the Michael Okpara Square.

“One person, who is already helping operatives in their investigation, has been nabbed for his alleged role in the attempt to gang rape a victim at the Square yesterday during the musical concert of a popular Nigerian musician” read the statement.

The PRO also said that three people were arrested for allegedly stealing phones at the concert. “Those arrested will be made to face the music in line with various provisions and specifications of the law after investigations,” he said.

Flavour has yet to respond publicly to the allegations of rape at his concert.