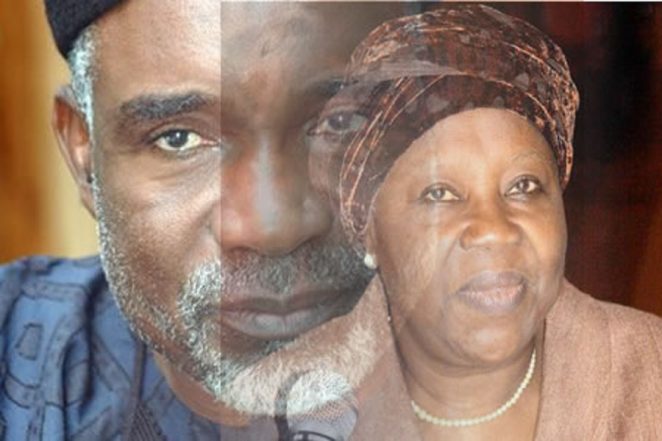 Leader of the team of judges handling the Federal Government initiative on the quick dispensation of Boko Haram cases, Justice Binta Nyako of the Federal High Court, Abuja has assured of expeditious trial of suspected terrorists in various detention facilities across the country.

Comrade Salihu Othman Isah, Special Adviser on Media and Publicity to the Honourable Attorney General of the Federation and Minister of Justice, Mr. Abubakar Malami, SAN revealed this Monday in a press statement he issued from Wawa Military Cantonment, Kainji in Borgu Local Government Area of Niger State.

Isah who is at the venue of the ongoing trial which kicked off in four syndicated courts located within the premises of the military facility, disclosed that the judge said this while addressing the inaugural sitting of the courts.

She also advised that the Office of the Attorney General of the Federation should have invited the National Human Rights Commission (NHRC) to witness the proceedings.

She said that for now, the four judges assigned to the cases have no other job except the terrorism cases they have been allocated, pledging that none of the suspects will be persecuted in the course of dispensing justice.

The judge who is operating from Court 1 began the sitting at 1.35pm after leading her team of judges, the prosecutors from the Federal Ministry of Justice and the defence team from the Legal Aid Council on an inspection tour of the facility at about 12.30pm after which the judges proceeded to their various chambers to prepare for their respective cases.

“We are here to ensure that nobody is persecuted. We are here for prosecution and so we have come with open minds. We have been assigned to these cases and we have no other jobs for now.

Though, this is not a regular set up of a court, however, we shall make do with what we have. I think the (Federal) Ministry of Justice should have invited the National Human Rights Commission to witness the proceedings here. I hope it will do so in subsequent ones. We shall be here till whatever time we close, even till 7pm everyday until we dispense of the cases…So, let’s hit the ground running”, she stated.

She expressed appreciation to all, especially the military for their contribution in ensuring that these trials are held.

Speaking earlier, leader of the federal prosecutors, Mrs. Nkiruka Jones Nebo who is Head of Complex Case Work Group (CCWG) in the Department of Public Prosecution of the Federal Ministry of Justice revealed that it is a dream come true to have reached this point of arraigning the suspects, expressing appreciating to the judiciary in a special way for releasing the four judges to handle the trials.

Nebo, who spoke on behalf of the Director of Public Prosecution of the Federation (DPPF), Mr. Muhammad Umar Etsu, also thanked the military authorities for keeping the detainees in their facilities in good condition and ensuring that they are secured.

“I trust that the Legal Aid Council is in tone with the Office of the Attorney General of the Federation to see that the cases are not only expeditiously dispensed with, but be seen to be just and fair. We shall do a good job and we shall be seen to prosecute and not to persecute”, she also added.

The Director, Civil Justice of the Legal Aid Council, Mr. Achi Joseph Ayok who spoke on behalf of his Director General, Mrs. Joy Bob-Manuel thanked the Attorney General of the Federation and Minister of Justice for accommodating the Council in the prosecution of the suspected terrorists.

The Deputy Commander of Giwa Project, Wawa Cantonment, Major E.B. Totoh gave the total number of suspects in custody at the Giwa Facility as 1669.

Totoh gave the breakdown to include adult male (1631), adult female (11), under aged males amounts to 26 and under aged female is one.