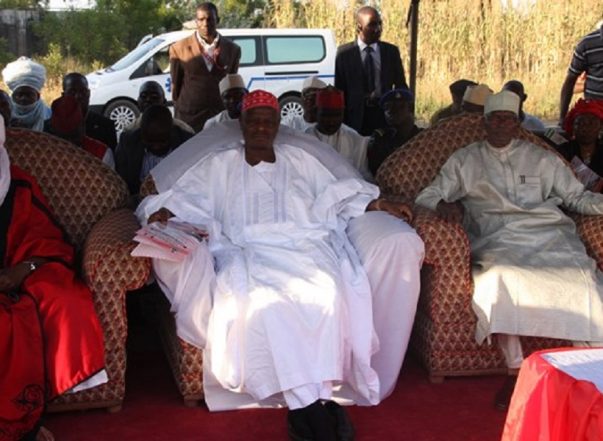 Ethics scholars on leadership have since concluded that the most important attribute of leadership is not power, after all, but character. According to this school of thought, every leader is only as safe and secure as his character. Indeed, character matters essentially because it preserves a leader’s cause and legacy.

Adjunct to the above perspectives is also the view that the currency of true leadership is trust. In other words, trust is the product of character. As noted byTheodore Rooselvelt, character, in the long run, is the decisive factor in the life of an individual and of nations alike.

Thus as Senator Rabiu Musa Kwankwaso turns 61, this background is afundamental basis for looking at his life and essence especially as regards his leadership. One is particularly interested in this interrogation of Kwankwaso’scelebrated life at this point in time in relationship with the concept of ubuntu, thereby factoring in his contributions (ideas and actions) to society and development as we can also possibly learn from his leadership ethos.

Ubuntu as explained by Nelson Mandela in his preface to the acclaimed intimatework on him by his autobiographer and former editor of Time Magazine, Richard Stengel, is the profound sense that we are human only through the humanity of others; that if we are to accomplish anything in this world, it will in equal measure be due to the work and achievements of others. Yes, this is crucial in understanding Kwankwaso’s leadership principles.

From a humble beginning in 1956 to his ascendancy as a top bureaucrat in the civil service of Kano State to his foray into politics where he has made a distinct mark and legacy, there is a subsisting evolvement of clear correlation between Kwankwaso’s enigma and substantive leadership. A correlation encompassing in the main, the critical values of character, vision, humanity and a general sense of what and how a better society should be.

A scion of the Mallam Aminu Kano School of politics, Senator Kwankwaso has so far carried on with impressive record of achievements, building on that remarkable footprint of Aminu Kano as a spirited public servant devoted to the Talakawa, making it very important to tailor public policies to properly address pro-poor agenda for development.

In achieving this altruistic goal, we come face-to-face with his modern day political philosophy otherwise known as Kwankwasiyya, a model which emphasizes the core of human development as a function of government’s sincerity to the people and in the process making trust the fulcrum of leadership..

In a widely circulated article published in 2014, I had advocated that Kwankwasiyya should be made a national ideology on account of my first hand experience of vast development initiatives during a visit to Kano in company of Mr. Ladipo Johnson towards the end of Senator Kwankwaso’s second term as Governor of Kano State. I joined senior editors who were taken round several projects across the state for two days and at the end, it was too clear to all that Kano had actually witnessed a major renewal: from sterling education to infrastructure, roads, bridges and underpasses, modern housing, power, integrativeagriculture,  creative empowerment and a general sense of societal regeneration.

What we also saw and assessed was the methodical way the then governor carried out his duties, anchored on the true spirit of Kwankwasiyya that ensures prudence, transparency and accountability. Yet the results were everywhere and we saw how Kwankwaso’s noble deeds had elevated his accomplishments in the minds of the people, casting him in the mould of a messiah and hence his huge popularity and followership. Thus beyond the ubiquitous symbolic red caps, Kwankwasiyya was and remains a workable model the nation could borrow to rejig our national development paradigm with the main focus on two basic parameters: leadership trust and true development.

Grippingly, the leadership question subsists as a national albatross. But the situation is not insurmountable if we as a people are ready to confront the dilemmasquarely and conquer our collective fear. Of course, we must necessarily break from our past by reckoning with and taking decisive steps towards practicable and effective leadership which also transcends the enlightened self interest of the elite formation in the society. But certainly this mentality cannot take us far, not even in the least towards making a meaning of what really should constitute the basics in our search for a new direction.

The crux of my thoughts in the foregoing were reflective in Senator Kwankwaso’smanifesto of revival tagged “Change is Possible” which also formed the kernel of his address during his declaration for president in October 2014. And until we are ready to tackle the inherent issues in our leadership odyssey as encapsulated in that major address, the jarring cries of national rot may yet remain a constant.

The situation is really sad. A nation so endowed is now practically run aground with mind boggling revelations of scandalous graft in high places. Tell me what an individual needs 56 houses for, moreso when we realize these houses were built from our common patrimony by virtue of being in public office! Obviously we are very sick as a nation. Thus a reordering of our values is basic to a new sense of direction in our national life.—the beginning of the healing process.

This is why the concept of ubuntu referred to in the beginning of this piece needs a closer look so that we can share a sense of sanity, brotherhood and togetherness as no one is an island. We must begin to believe that we exist for others as others also strive to serve a noble cause in our shared humanity. In this kind of consciousness, the resort to such brazen kleptomania in high places will probably be reduced to a tolerable level in our national life.  This is the higher purpose we can also pick from Kwankwasiyya as a leadership model. Admittedly the leader of this movement, Senator Rabiu Musa Kwankwaso continues to inspire, matching noble character with realism and grace.

Succinctly, we need to inculcate a new ethic of responsibility and selflessness in public service and go beyond platitudes and tokenism in our resolve to tackle the scourge of corruption and underdevelopment. We owe ourselves a duty to enthrone men and women of integrity who can actually commit themselves to a new set of social contract—

We have so far seen in our national history that power itself does not guarantee good governance; hence we need to place emphasis on the character of the office holder, men or women of distinguished character who will do us proud as a patriots, who see public office as a TRUST. These are solemn thoughts for national rectitude as we celebrate with Senator Rabiu Musa Kwankwaso on the occasion of his 61st anniversary.  Change is possible!