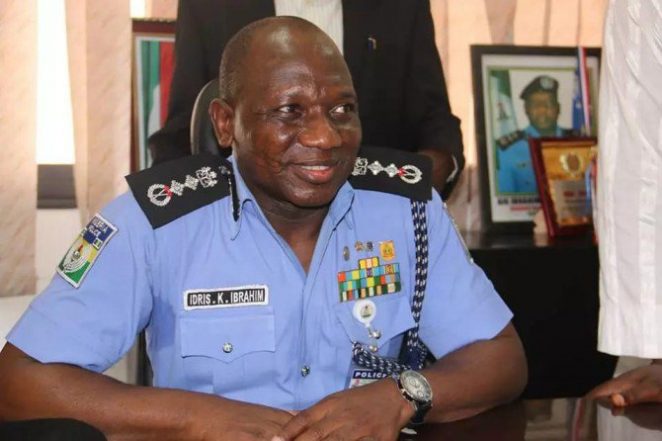 Misau said the IGP married the Police Officer whose name he simply gave as (DSP Esther) when the female officer became 4 months pregnant for him.

Misau said the Police Chief was neck deep in another affairs with another female Police Officer, (Amina) just about the same time.

Misua made the allegation on the floor of the Senate on Wednesday when he gave explanations about what transpired between him and the IGP while Senate was on recess.

Misha told his colleagues that the IGP attacked his person and that of his father who retired as Assistant Inspector General because he dared to expose the massive corruption that was going on under the watch of the IGP.

Misua exposed how the Police generates huge revenue in form of special duties and deployment of officers to oil companies, banks and even to private individuals.

He also exposed how officers are forced to give bribe with as much as N2.5 million for promotion; accusing the IGP of favouring his those close to him especially his “women” with “plum” appointments and transfers.

He said it is against Police Act for the IGP to engage in illicit affairs with female officers and even getting married to one while in service.

He said instead of buying 8 (APC ), Idris diverted the money to buy for himself luxury vehicles.

On his discharge from the Police, Misau said his exit from the police was properly processed and document with the Police Service Commission.

The Police had labelled him a “deserter” a tag, Misau said shows the IGP has no knowledge of the workings of the police institution.

One to examine the issues of ethics as it relates to the disengagement of Misau from the Police, the other to investigate allegation of corruption and misappropriation of funds in the Police.