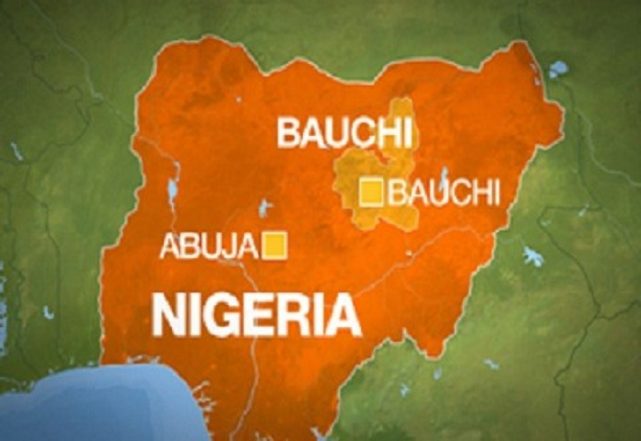 Loading ...
Not fewer than four thousand five hundred (4,500) members  of All Progressives Congress (APC) and Green Party of Nigeria (GPN) supporters  in Bauchi state defected to the New Nigeria People Party (NNPP) yesterday.
The defecting members said that they were defecting to help in dis-lodging the ruling party in the state come 2019.
The defector are mostly supporters of former Governor of Bauchi state Mallam Isa Yuguda from Bauchi North senators District.
The leader of the defectors  one time senatorial candidate under Peoples Democratic Party (PDP) in 2015 generation election Honourable Umar Farouk said that APC‎ administration have lost focus, direction and put the state in unbearable hardship.
The defectors were received by the state Chairman of NNPP Engineer Mohammed Barde during inauguration of The Bauchi South office in Azare Town Katagum Local Area and a grand reception organized  to received the defectors.
Barde  said members that defected were at least 4,500 in number, adding that they were card-carrying members of the APC and Green Party before their defection today Saturday to NNPP.
The Chairman pledged to carry them along to ensure justice and fairness among all members and make the party to become more strongest opposition party in the state and the country.
Engineer Mohammed pointed out that NNPP is the strongest opposition party in the state with good intentions to serve the people and save the citizens from anti democracy oriented parties.
He described the development as a great victory for NNPP  and democracy in the state.”We are happy to see this breakthrough  to receive such personalities under NNPP  umbrella, stressing that they would be up and doing to embrace them with all honesty”.
He also called on the NNPP supporters to be more committed in moving the party forward, “we are not going to tolerate any discrimination  against our new members”.
The Leader of the defectors Honourable Umar Farouk said they decided to defect to the NNPP because they were not getting dividends of democracy at the state level and the party is a  youth driven party.
Farouk said that “we resolved to move to NNPP after much consultations we come to understand that there is no strong opposition party like NNPP in the state  the number of developmental projects”.
Prominent among the defectors includes Alhaji Audu Mai Auduga from Bauchi South, Honourable Umar Farouk from Bauchi North and Alhaji Ibrahim Shetima Gamawa among other