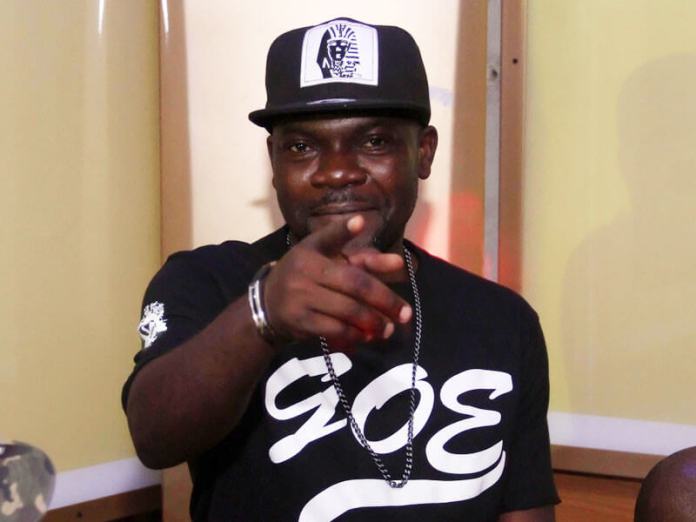 Alex Ozone cannot sing, even if his life depended on it. Singing is not a talent he is interested in pursuing and he is so confident that he will fail woefully if he attempts it. He has good reasons though for feeling that way. His voice is not smooth or silky and he has a conspicuous Ibo accent. You simply cannot persuade him to go into the studio and record a song. It’s simply not in his DNA. However, he is madly in love with music. Not just music but the entertainment industry.

His environment contributed largely to his uncanny knack to promote Nigerian music. He grew up in Ojuelegba- that populous area which has become famous for churning out renowned entertainers. Growing up in this entertainment community opened Ozone’s eyes to the world of showbiz. He watched entertainers struggle to make a name for themselves. He heard tales of disappointment by these artistes who toil day and night to churn out incredible talents only to be rejected.

“I saw a lot of artistes coming together but nobody wanted to listen to them. Nobody really wanted to hear their music.”

Out of that gaping need sprang Ozone’s desire to promote artistes and entertainers. He decided to be the middle man, taking the songs of these artistes to the people who matter most in the industry so they could get airplay. The first entertainer he professionally worked with was Ayo Makun popularly known as AY the comedian. It was during those days of his AY.com comedy skits. Terry G later came on board. There are many few A-list artistes he had worked with but Ozone modestly refrained from blowing his trumpet.

The music landscape has changed drastically since Ozone started out his media company, 03 Media in 2000. Back then, there were no mobile phones and words like ‘online streaming’ or ‘mp3 download’ were novelty. Ozone however managed to stay up to his game by keeping up with the trend. If you ask him, he will tell you that any creative person in this industry must be able to keep up with the trend.

Obviously, managing artistes within the country wasn’t the bigger picture in Ozone’s mind. Promotional tours were. In the past couple of years, he’s been busy scheduling promotional tours for artistes in Europe, UK, US and elsewhere in the world. It didn’t happen overnight. First, he had to make the right contacts, market these artistes and then gain the trust of the artistes as well as the show organisers.

Trust turned out to be a dicey word for these artistes and talent management companies.

“I keep telling people that if you want to go into a business, you have to study that business, know its terrain. Too many people go into show business based on heresies and what they see in the media, forgetting that it is a make believe industry. You have to study the business, you must sacrifice before you gain but most people want to gain without making any sacrifice, simply because they hear or read that Davido bought a gold chain of N30 billion. It’s all make-believe. That gold chain might be a gift who wants him to promote his brand, not that he bought it with his money or at that amount. But someone will hear about it and will want to do same. You are using your last money to impress. So the issue of trust will always be there because they are not real to themselves. They want to reap where they have not sowed. If they are real to themselves, they won’t have any problem. I try as much as possible to tell them the truth. For example, I tell them how much they are worth in Europe even if they are superstars here. If they are good with the offer, we seal the deal, if not; they can walk out the door. I’m always transparent in my dealings. The truth is that they don’t trust themselves and hardly tell each other the truth.”
His biggest break came when he took Tekno on tour. It is actually his most memorable tour yet.

“When I started this tour six years ago, they didn’t believe in Nigerian music in Europe. It wasn’t selling but we kept on pushing because of the passion. Moreover trust was also an issue because most of these international promoters have fallen victims to fraudsters. I have to sacrifice a lot and build my trust. Then last year, after Tekno tour, the buzz became greater. There were lots of positive changes. We began to receive a lot of demand for Nigerian music artistes.”

Other artistes he has taken on tours include Kiss Daniel, Patoranking among others. Interestingly, there are no female artistes in his list yet. According to the Ebonyi-born entertainment mogul, the female artiste lacked the strength to keep up with the physical demands of city tours. However, he is open to work with them if they are up to the task.

Regarding the acceptance of Nigerian music outside the country, Ozone ranked the country music number two in the world.

“Nigeria music is number two in the world. It is generally accepted anywhere, be it Caribbean, Uganda, the whole Africa. They believe in Nigerian music more than their own superstars. Right now, Olamide is the most demanded artiste in the world. He is our next project.”

So far, entertainment has been very rewarding for the young businessman. He believes that the industry had taken him to greater heights which other sectors would have been unable to. Notwithstanding, as an Ibo man, he is involved in other businesses.