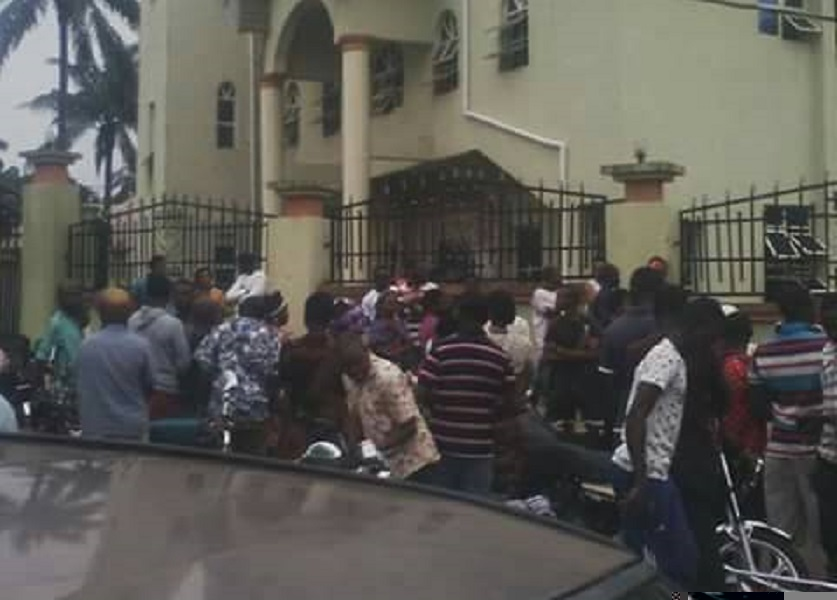 Following the shocking and bloody shooting inside a catholic church in Ozubulu in Anambra State where an estimated fifty [50] worshipers were killed and many more injured, more details to the gory shootings have began to emerge.

It was learnt from sources who spoke to 247ureports.com from Ozubulu that the gunmen were six in number and dressed in black and were wearing a mask to cover their faces. They had arrived to the home of a supposed south African based billionaire drug lord who goes by the name “Bishop [age 36]” the son of Chief Alloysius Ebubechukwuzo in search of the drug lord. But according to sources, the drug lord had gotten a hint of the pending attack a few days to the attack. He left town on Friday. Another source says he departed on Saturday. He is said to have departed for South Africa.

Our source adds that Bishop had been aware of the gunmen’s mode of operation and their desire to eliminate him and his entire gang. The gunmen are said to be hunting after him for reasons that border on ‘tuff’ wars. They had been in battle with Bishop’s men while in South Africa over drug route and trade disputes. And the gunmen who are believed to be south African are said to have capitalized on the xenophobic trends in South Africa to launch an all out war on the group.

The attack at the church is part of the series of attack planned against Bishop” said our source who added that Bishop is very aware that the gunmen will not stop till they get him or till they “wipe out his family”. Our source made it clear that the family and properties associated with Bishop are not safe.