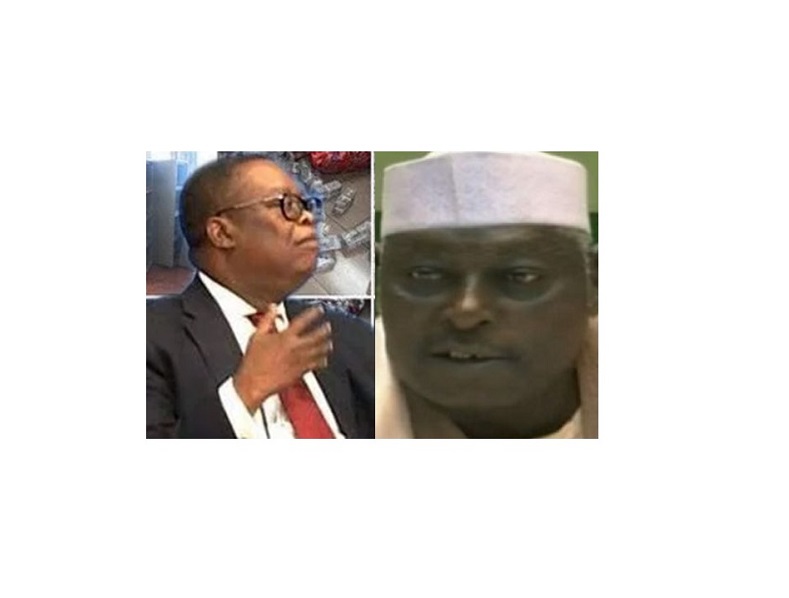 Special Assistant to the governor on Public Communications and New Media, Lere Olayinka said in a statement issued on Sunday that Governor Fayose told the Acting President “never to habour the view that the matter can swept under the carpet,” saying the government’s war against corruption lacked credibility and had, thus floundered because of the government perceived penchant for sweeping allegations of corruption against top functionaries of the federal government and members of the ruling All Progressives Congress (APC).

“I dare to say that this is one of the reasons the so-called war against corruption has not attracted public support. It lacks credibility and has, thus floundered. It is also the reason your administration has lost case after case in the court of law, even though administration officials have tried to cover government’s Achilles heel as well as their own howling incompetence under the pretence of corruption fighting back,” the governor said.

The latter read; “Let me begin by appreciating Your Excellency’s yeoman efforts directed at quelling fires all over the country and stabilizing the polity. Daunting as this task might seem, especially as agent provocateurs for selfish and diabolical interests continue to stoke the fire and fan the embers of discord and disunity rather than queue behind you, assist your noble efforts, and let all hands be on the deck to salvage our beloved country, take solace and receive renewed strength, vigour and vitality in the fact that your efforts have begun to yield positive fruits and that the vast majority of the citizens appreciate and applaud your efforts and stand resolutely with you. As I have often said, the power of the people is greater than the power of those of us in power. In our own little corner, we, too, stand with you. And this being so, you can only succeed, and not fail! Therefore, every support and every advice that Your Excellency requires to succeed we promise we will not hide away from you, partisan politics notwithstanding.

“In this wise, permit me, Your Excellency, to prod your memory about a Presidential committee constituted months ago by President Muhammadu Buhari to investigate allegations of high corruption against two top officials of this administration, namely the Secretary to the Government of the Federation, Mr. David Babachir Lawal; and the Director-General of the National Intelligence Agency, Mr. Ayo Oke. The Presidential committee, headed by your good self, was given two weeks to submit its report. That was many months ago. The two top officials concerned were placed on suspension but nothing has been heard on the matter ever since. It would appear the matter has been swept under the carpet or, in the Nigerian popular parlance, has been treated as the “family affair” of the ruling APC government.

“It will be most unfortunate indeed if this, truly, is the case. For one, the appropriate response to the very serious issue of corruption against the suspended SGF and the NIA DG should not have been the setting up of a committee to investigate; rather, both men should have been handed over the two men to the Economic and Financial Crimes Commission (EFCC) for investigation and arraignment in a court of competent jurisdiction. Your Excellency will agree with me that this has always been this government’s recourse when alleged corruption cases involve members of the opposition PDP; estranged members of the ruling party. In fact, PDP members and non-members of the ruling APC alleged to be corrupt, such as judges, are first harassed, haunted, hounded, arrested and locked up, tried and convicted in the media and visited with public lynching while the Department of State Service (DSS) and the EFCC take their time to search for or conjure evidence against them.

“The preferential treatment given to the two top-notch members of your government is bad enough – and they are the only members of the ruling party that have got this slap-on-the-wrist treatment. So reckless and audacious had your government become in this regard that a serving Senator who is a member of your party said on the floor of the Senate that your government uses insecticides when dealing with alleged cases of corruption involving members of the opposition but applies deodorant when members of the ruling party are involved. I dare to say that this is one of the reasons the so-called war against corruption has not attracted public support. It lacks credibility and has, thus floundered. It is also the reason your administration has lost case after case in the court of law, even though administration officials have tried to cover government’s Achilles heel as well as their own howling incompetence under the pretence of corruption fighting back.

“Were President Buhari to be around, this issue would not have been any of your bother. All that would have been required of you would be to turn in your report within the stipulated time and the ball would then have been squarely in the president’s court. Fortunately and unfortunately, President Buhari has been away on medical tourism for most part of this year and as the Acting President, the buck now stops on your desk. Your Excellency, Nigerians demand two actions from you: First is that you release the report of the corruption investigation, which you presided over. Secondly is that you act expeditiously on the report. May I advise, Your Excellency, that you should never habour the view that this matter can swept under the carpet for two reasons. One is that Nigerians are not unmindful of the outcome of your investigation even if it has not been officially released. Two is that should you fail to release the report and act on it, I shall approach the law court to compel you to do so.

“Your Excellency, as a Law professor and Senior Advocate of Nigeria, Your Excellency must not be associated with illegalities and cover-ups; not to talk of your highly exalted position as a man of God who must speak truth at all times and uphold the Biblical admonition to let justice flow like the mighty river. I have refused to agree with those who, on account of your egregious stance on the EFCC boss, Ibrahim Magu’s continued but illegal stay in office; posit that the hood does not make the monk and a chain of titles and degrees does not translate to sound judgment. Kindly take up the challenge to prove those doubting Thomases wrong.

“Your Excellency, because our dear country, Nigeria, is the concern of all of its 170 million citizens as well as for the benefit of our friends the world over, permit me to make copies of this letter available to the media and other interested persons and organisations locally and internationally.”