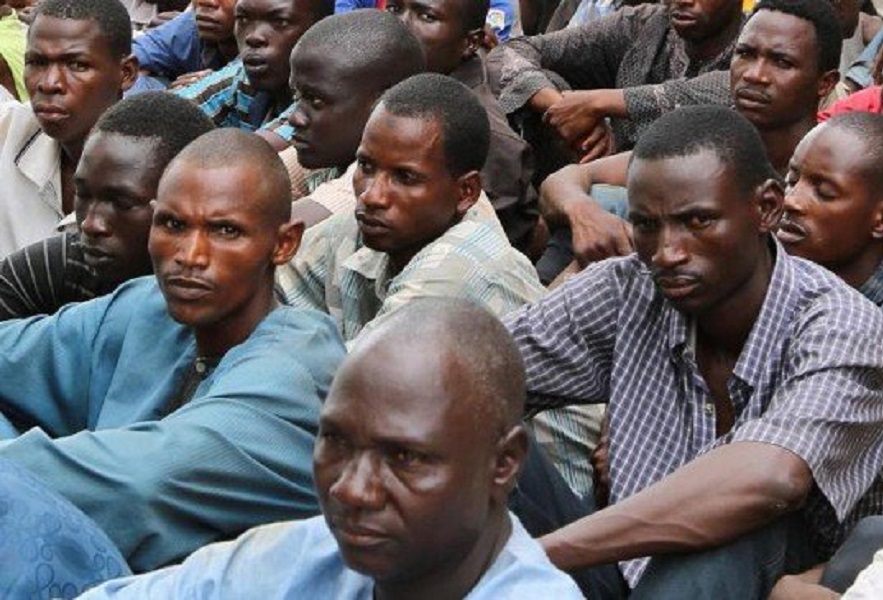 Three popular sayings (idioms) in Esanland, Edo State, herald this analysis on the hot-button issue of ultimatum by the Coalition of Northern Youth Groups for the Igbo, indigenes of the Southeast zone of the country, to quit the Northern region within 90 days.
They are one: “A child does not know when sleep takes food out of his/her mouth.” Two: “What beats the drum for the dove to dance is in the ground, and a day is coming when the drummer will reveal itself.” And three: “Be careful what you wish for” (which is also frequently used for quotes, movies, lyrics, documentaries, and indeed, forms the title of the fourth in the seven books in Bestselling author, Jeffrey Archer’s ‘Clifton Chronicles’).
If members of the youth coalition were expecting accolades when they gave that ultimatum, they received an all-round condemnation instead. If they thought their action would have no consequences and unchallenged, they got a dose of counter-threat from a quarters not directly targeted or threatened.
And if they assumed that they had the force to compel compliance with their final warning, they met a greater force in a Coalition of Niger Delta Militants, which has honed and mastered the art of protracted armed struggles, and has the will, the determination and the gumption to advance its threat.
So annoying was the bravado displayed by these ego trippers that their 19 state governors, on the platform of the Northern Governors’ Forum, disavowed them and dissociated themselves from their action. And most Nigerians were no less offended by their brazen mischief obviously aimed at causing mayhem, leading to bloodshed.
Did these uniformed youths forget the history of the Nigerian civil war: that it trod a similar path before the shooting started in 1967? Perhaps, they were too young to remember those catastrophic events in the North against the same Igbo of Eastern Region they are threatening Armageddon against with no justifiable reason other than that they are agitating for self-determination, as they did in 1967 on the back of a pogrom in the North.
It’s true the 1999 Constitution of the Federal Republic of Nigeria (as amended) has no provisions for seceding from the country; hence, the oft-repeated warning by particularly officials of government that, “Nigeria’s unity is not negotiable.”
However, that Military-imposed constitutional provision should not warrant the threatening of indigenes of a state or group of states or of a particular ethnic stock to quit a section of the country or else get expelled, against the express provisions of the Constitution on discrimination and the right of the citizens of Nigeria to live and own property in any part of the federation.
Pushed against the wall, won’t such aggrieved and oppressed people, citing unprovoked aggression and/or actual attacks on their person and property, seek outside intervention for a separate country, by invoking international norms for a plebiscite or referendum, which the Nigerian Government seemingly doesn’t want to broach?

To avoid such a scenario, the government, even with all its awesome powers, has been sketching the Biafra agitation, by employing more of the carrot than the stick approach via recourse to the courts.
And for all we known, the government has not delegated powers to any civil authority, least of all ethnic warlords, whether comprised of young or elderly persons, to foment trouble on its behalf or in its absence.
The public summation of the Northern youths’ aggressive posturing was that they might not be acting of their own volition, and that it wouldn’t be long for their sponsors to show their hands. And, surely, they did!
The drummers (backers) for the youth groups were the same irredentists – the Northern Elders’ Forum (NEF), led by Prof. Ango Abdullahi, a former Vice Chancellor – that have, over the years, stoked hatred, discord and divisiveness, instead of working to find lasting peace and good neighbourliness in the country.
The government of President Muhammadu Buhari does not need additional problems on its crammed table. It already has the unenviable task of confronting a degraded but still deadly Boko Haram insurgency and the untold devastation in human and material resources it wreaks in the Northeast; the agitation for independence by the Movement for the Actualisation of the Sovereign State of Biafra (MASSOB) and Indigenous People of Biafra (IPOB) in the Southeast; the herdsmen and farmers’ clashes across the country; a restive Islamic Movement of Nigeria (IMN) in the Northwest; cattle rustling and banditry in the North; the lingering agitation for more inclusion and improvement of welfare packages in the Amnesty Programme for ex-militants in the South-South; kidnappings, armed robberies and other criminalities all over the nation; and a biting economic recession with no end in sight yet for the citizenry.

It’s relieving, though, that Acting President Yemi Osinbajo, after meeting separately with Leaders of Thought from the North and Southeast last week, has scheduled a larger platform for this week, to enable both sides meet with the government and other stakeholders on the way forward out of the logjam.

But is the government overlooking, and excluding from the talks the Coalition of Niger Delta Militants, which, in “retaliation” to the threat on the Igbo in the North, also gave a quit notice for Northern indigenes to leave the Niger Delta by October 1?

What about the MASSOB and IBOP members, the originators of the current impasse? They have queried being left out of the parley last week. So, by all means, get them involved this time. It’s a sign of the good things to come!

Summing up those prior meetings last week, Osinbajo said: “I firmly believe that we ought to address these agitations (from the Southeast) and proclamations (from the North) urgently and decisively.”

We hope, in trying to find amicable solutions to these contrived problems, the government would not surrender its initiative, but follow through its warning to rein in the antics of mischief makers that may want to foment crisis to divide the country.