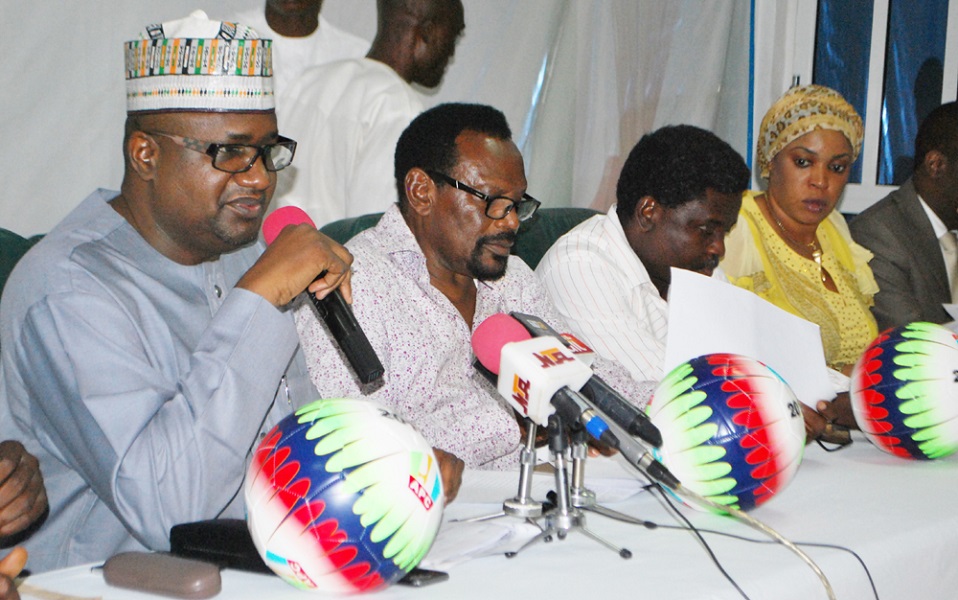 Inaugurating the committee at the headquarters of the ruling party in Abuja on Thursday, APC National Youth Leader, Dasuki Ibrahim Jalo, said that the competition, scheduled for next month July is part of the party’s mandate to initiate and implement strategic programs that would endear the party to Nigerian youths.

Adding that the competition is organized in conjunction with zonal and States Youth Leaders as approved by the party, Jalo said: “This competition would bring out hidden talents in the field of football which can be showcased to the world for future benefits to individual and the Nation at large. It also has ability to develop individual physical mental thinking and emotions. The competition would be between states of the federation and be played at the six geo-political zones with two teams emerging from each zone to play the semi finals and finals in Abuja,” he noted.

He equally disclosed that while league players will not be part of the competition since it is a talent hunt, the kickoff date, the modus operandi, competition format, the price rewards among other things would be resolved by the committee.

“I would seize this singular opportunity to call on the leaders of our party especially the state chairmen and their governors to support this initiative for the benefit of the party and our teaming youths in various states and LGAs especially the Sports lovers,” he appealed.

National coordinator of the competition, Chairman Christian Chukwu, who was represented by former Super Eagles assistant coach, James Peters, commended the ruling party of the initiative, assuring that the competition will produce abundant talents to feed the national teams.

“All Sports and Games Consult (AGC) has asked me to warmly welcome you to the epoch making event comprising the inauguration of the National Organising Committee, Unveiling of Chairmanship Trophy and Presentation of Branded Football for the APC National Unity Cup Tournament.

“Today’s event marks the high point of several months of hard work and consultations to ensure the plan to stage the first edition of the APC National Unity Cup Football Championship is successful.

“The Governing Party – the All Progressives Congress (APC) in partnership with Allsports ‘N’ Games Consult (AGC) has packaged this Talent Hunt programme for Youth Development and Empowerment through sports.

“Considering the local content advantages, which include abundance of talents, qualified technical hands at home and income generation potentials, the football development goal in the country is assured with the strong untiy advocacy for the citizens.

“And as the Acting President Prof. Yemi Osunbajo once said, “It is undeniable that the game of football unites us as a people and Nation.”

The APC National Unity Cup Project is on a rescue mission, to help untapped talent. It is an intervention to restore youths’ confidence in government, National Unity and with assurances for decent livelihood and benefits from productivity.

“To deploy youth energy into active football skill development and competition is to secure their present and future career with sustainable means of livelihood and happiness.

“This is an open age competition for male footballers only. Preliminary stages begin from the states to zones and at the National level. However, players in the NPFL and NNFLs are exempted. It is a nationwide tournament attracting winning prizes, consolation prizes and career progression package for exceptional talent to be discovered.

“All sports ‘N’ Games Consult with vast experience in the field of sports has a National Duty to work with the governing party in the National Unity Cup Programme targeted at the youths populace for Development and Empowerment through sports.”