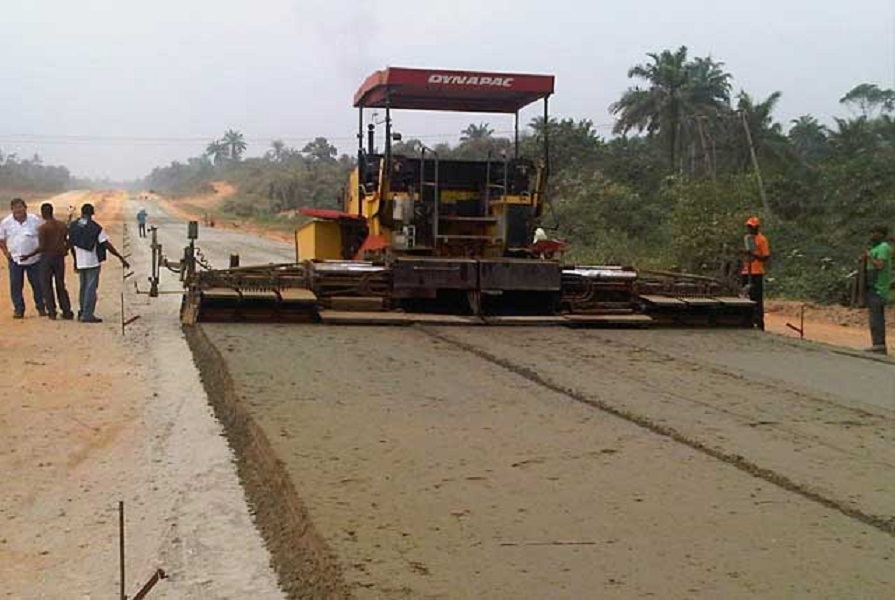 The troubled and perennially neglected East- West Road, which straddles the six South-South states will cost the Niger Delta Development Commission, NDDC and its supervising ministry a whooping N70 billion to complete.

The Managing Director of NDDC, Mr. Nsima Ekere, disclosed this to the visiting Minister of Niger Delta Affairs, Pastor Usani Uguru Usani to his Agency’s headquarters on Friday.
Ekere said: “The NDDC will partner with the Ministry of Niger Delta Affairs and private sector investors on the construction of the East-West road. Over N70 billion is needed to complete the road. So the strategy will be to harness private sector collaboration to complete the road. The portions that have totally collapsed will be addressed immediately.”

He lamented that the Eleme-Refinery junction section was in a very terrible state. “It is so bad that a ten-minute journey on that axis now takes three hours. That section of the road has failed and we will get contractors to the site immediately,” he said.

The NDDC Chief Executive Officer further stated that the construction of the remaining sections of the East-West road would be handled by many contractors. “Our strategy involves multiple contractors. The road, which is a strategic link to the oil and gas industry in Nigeria, connects Edo, Delta, Bayelsa, Rivers, Akwa Ibom and Cross River states.”

The NDDC boss commended the Minister for auditing the Ministry of Niger Delta Affairs, stating that the NDDC would borrow a leaf from that exercise.

In his remarks, the Minister of Niger Delta Affairs, Pastor Usani Uguru Usani, commended the NDDC Board and Management for its efforts towards reforming the Commission’s processes. He called on the staff of the Commission to co-operate with the management during its audit exercise.

Pastor Usani said that the audit that would be carried out in the NDDC was a Presidential directive which must be complied with as soon as possible.

He said that anyone who constituted an obstacle in the audit process would be shoved out of the way. He explained: “The Ministry was buffeted with obstacles when it conducted its own audit. The staff of the Ministry tried to frustrate the process.”

Earlier in a PowerPoint presentation to the Minister, the NDDC Director for Special Duties, Dr Princewill Ekanin, said that political interference was responsible for poor management of the Commission’s budget cycle, adding that poor compliance with internal processes and procedures, as well as poor institutional culture was responsible for poorly delivered projects

He stated that the Commission was reviewing all its contracts awarded from 2011 to date with a view to terminating unviable ones that did not comply with procurement processes and award acceptance terms. Other contracts affected were those awarded with no signed agreements, projects with poor performance and abandoned projects.