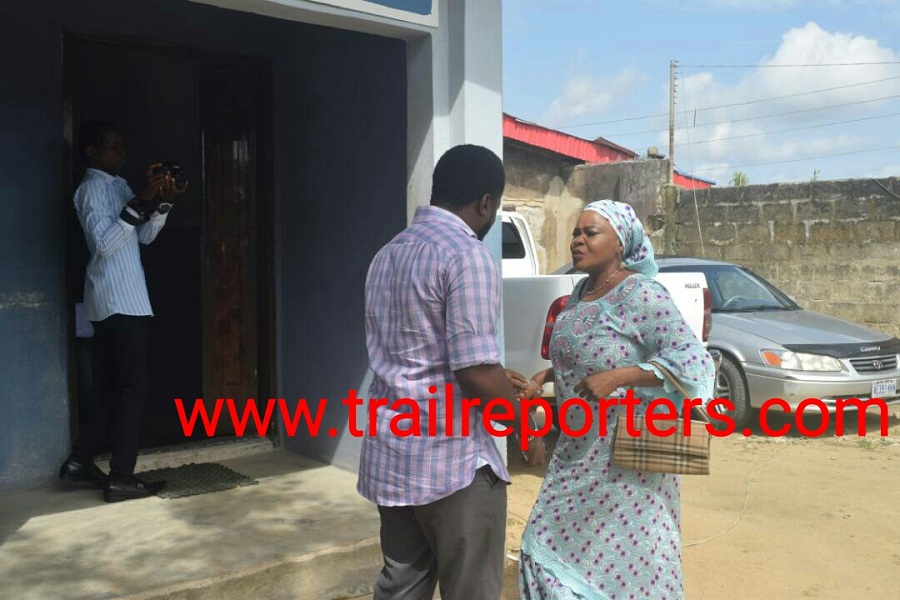 Investigation by Trail Reporters has revealed that, the crisis currently rocking the Kairo’s Embassy Church and its founder, Pastor Nsikak Nseabasi, has other roots unknown to the public. Trail Reporters had published a story, yesterday, May 25, 2017, with details of how alleged thugs beat the pastor’s wife in the church premises, with allegations of sexual scandal surrounding the pastor.

Findings from our investigation shows that, the wife, Idongesit Ukpong ,who is now referred to as the former wife of the pastor, got married and had a daughter, without his knowledge, and the pastor married her again on 30th September, 2012, when her first husband, Anietie Samuel is still alive, and never divorced her. Information obtained by Trail Reporters says, Idongesit Ukpong had lied to Pastor Nsikak, that she holds a Master of Arts degree in English, and did her National Youth Service Corps(NYSC) in Abakiliki, when she actually did not graduate from the university.

The discovery we learnt, was made, when she was to be employed in the University of Uyo as an Assistant Lecturer, and the husband was asked to tell her to bring her certificates, which turned out that, she had none, including a first degree. Probing further, our medium also gathered that, Idongesit Ukpong’s international passport carries 22nd December 1977 as her birth age, but had told the pastor that she was born in December 22, 1981, when the pastor was born in 28th August,1982.

Furthermore, we also learnt that, her younger brother, Enobong Ukpong was born in 1977, and she would not have been of the same age with the younger brother, who is a pastor. Former Pastor’s wife We gathered that, with these discoveries and having another husband, the pastor sought for dissolution of the marriage on February 13, 2016, and left the house, while commencing the court process of dissolution in May, 2016, which was the beginning of his troubles.

In an exclusive video clip and pictures available to Trail Reporters, the events that happened in Kairo’s Embassy church on Wednesday was well captured, as some Journalists were brought in with consolidated chapel bus of Nigerian Union of Journalists, Akwa Ibom State council, were the protocol unit of the church, prevented them from gaining access into the church premises. We further gathered that, Idongesit Ukpong, the former wife of the pastor had disguised herself, and came in a keke motorcycle, where she was first prevented from entering the church when service was on, before the arrival of the Journalists, which later led to an outburst, where the Journalists had to scamper for safety.

Sources who spoke with our Reporters said, Evelyn Etim who is being accused of having sexual affair with the pastor, was in the hotel with about 9 persons sitted, when the former Pastor’s wife stormed the hotel, and she is only a church member, who had nothing with the pastor.

Policemen at ibb junction, eagle 7 who came in their SUV, advised the Journalists and others to leave the church premises, before the arrival of the men of the Special Anti Robbery squad from the State police headquarters, Ikot Akpan Abia. The case, we learnt is currently in Onna customary court, awaiting formal dissolution.

More details to come in our next report…