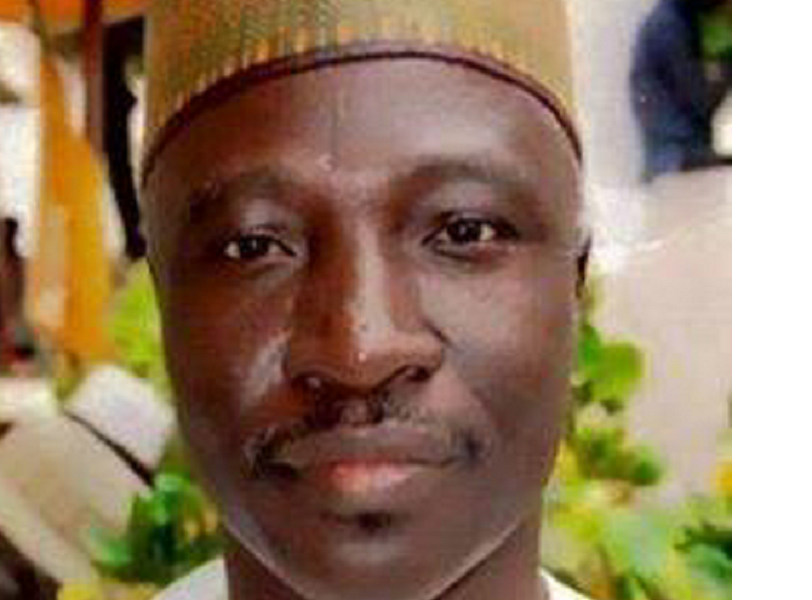 Advertisement
From ‎Yahaya Audu, Bauchi
In an effort to reduce poverty among households in Bauchi state Chairman Senate Committee on Poverty Alleviation and Social welfare Senator Ali Wakili has distributed one hundred and fourteen (114) water pump machines and drilled one hundred and fourteen boreholes for dry season farming in Bauchi State.
Distributing the items today in his resident, Wakili said the gesture was to reduce poverty at the grassroots and made farmers to have confidence on politicians.
He said, before he became a Senator and now that he is a Senator, “This has became part of me that during dry season of every year I package a token for farmers to encourage dry season farming and at the same time empower them to become self reliance and useful to the society”.
“I beg you‎ in the name of God,  please, don’t sell this machines make use of it and assist those who have interest in dry season farming. You can also rented it out to our brothers especially who do not have the machines”.
“If we can harness agriculture the level of poverty would be reduced drastically, ” the senator said.

He added that his constituency which is made of  Alkaleri, Bauchi, Bogoro, Dass, Kirfi, Tafawa Balewa, and Toro local government areas have lots of streams and  rivers that dissect the areas hence his decision to distribute the water pump generators.

“During the dry season farming we can harness these assets to do irrigation farming,” he said,  adding that the water pump generators would assist the farmers to boost agricultural production.

Speaking at the event, Chairman All Progressive Congress ((APC) Tafawa Balewa‎ Local Government Alhaji Korau Bununu appreciated Senator Wakili for putting smiles in the faces of dry season farmers saying “This would help most of the beneficiaries to settle their children schools fees from the farm produce.

Bununu  recalled that the senator also assisted farmers in the constituency last year with boreholes, fertilizer and pesticides among other farm equipment.

The APC chairman who pledged his and the party”s loyalty to Wakili, praised the senator’s generosity.

He said the  generators would go a long way to boost agriculture and reduce poverty among the people of the constituency and urged the beneficiaries to make the most of the equipment.

Speaking in the same vein,  the member representing Lere/Bula constituency in the State Assembly, Honourable Aminu Tukur, said the joy would be complete if the beneficiaries make the best use of the water pump machines.

“if you maintain it well, it can last for up to 10 years. I will therefore advise you to ensure that you service it regularly and with the right engine oil, ” Tukur who is well known farmer and politician said.

Speaking with our correspondent one of the beneficiaries Joseph John , a tomato and onion farmer from Bar ward of Bogoro Local government Area, said he was short of words to expressed his joy.

“I have been a farmer for over 17 years. Nobody has ever given me anything to boost my efforts as a farmer but today Senator Wakili has touched my life. I have nothing to give him than to pray to God to continue to protect him. From evil,”