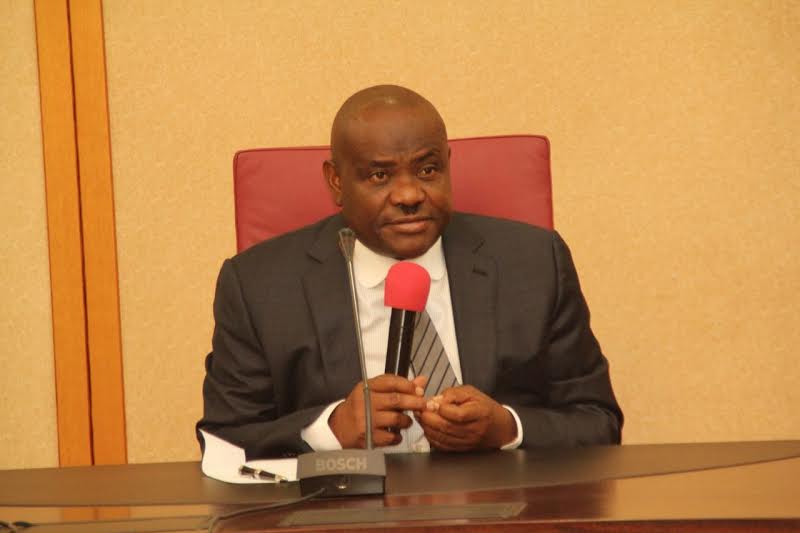 Barr. Emeh Glory Emeh, former Commissioner for Transport and Aviation in Rivers State have described the violent reaction of agents of the All Progressive Congress, APC, to the decamping of their members to the Peoples Democratic Party, PDP, in the past three months as expected, even though misguided and fraught with false assertions and innuendos.

According to him, the failed party in Rivers State are only behaving true to type.

Speaking with newsmen in Port Harcourt, Chief Glory Emeh said, “it is no doubt painful, without sounding immodest to loose a politician of my experience, capacity and capability. So I appreciate the pains APC and their leaders are experiencing because of my exit, but I have no apologies”, adding that the worst enemy of a person or group is when you tell yourself lies.

”It is quite obvious that APC knows that they are losing members in droves, alleging that his earlier assertions of lack of direction and leadership in the party,  cannot be controverted as doing so would amount to living in fools paradise”.
He also maintained  that; “the fact that over 200 out of the 319 councilorship candidates who are in court against  the PDP are set to dump their matter in court and empty into the PDP is also not debatable as the reality would dawn on Chris Finebone and indeed the APC in the next couple of weeks”.

”According to those who have spoken with us in private, they are tired of endless court cases which at the end of the day, would be of no benefit to them and that they are ready to join a fold that will bode well for them and their aspirations.

He wondered “how Chris Finebone, the  docile APC Publicity Secretary a  mere “copy writer” journalist, who only reacts to issues, rather than being proactive”, claim that APC in Rivers State has not gone under?.

Chief Emeh’s words: “The last straw that broke the Carmel’s back is the acrimonious and cantankerous outcome of the caucus/leadership meeting held at a Shopping Mall in Port Harcourt recently where the meeting was said to have ended in fiasco, resulting in those in attendance scampering for safety, when the three factions of those for Dakuku Peterside, those of Senator Magnus Abe ‘s faction and those for Rt. Hon. Chibuike Amaechi struggled for space over which faction should produce the Governorship candidate for APC in 2019.

“How else can you describe such party other than that of a sunken ship?. The movement of APC members to PDP, a more stable and organized party does not require any imagination, as the defection events are both in audio and video, and have been aired in several electronic media platforms, with copies  available to all those interested in them. APC is gone and gone forever in Rivers State, and this is no longer news to its discerning members”, Chief Emeh maintained.

”If the  cursory scrutiny and various calls from the various LGAs..” ,that the APC referred to in its statement have been honest with them, they should realize by now that their stalls in the market place are empty.

The Chartered Accountant turned politician, further declared that, “It does not matter how much “window dressing ” the docile publicity secretary attempt to make of the reality, the fact on the ground is that Governor Wike has conquered and taken over the political landscape in the state forever”, he summed.

Meanwhile, Chief Emeh Glory Emeh has invited all doubting Thomases in APC to take time to watch the video of all the several decampees and ascertain for themselves who they are. “Is Hon. Sunny Wokekoro, former Commissioner for Culture and Tourism, and former chieftain of APC hired? What of Hon. Merino Okiraija from Ogba/Egbema/Ndoni local government area, a former APC stalwart? How do we describe Hon. Bob Okala, former Chairman of Emohua local government area, Chief Nwankwo Nwankwo, former Special Adviser to former Governor Rotimi Amaechi and a good number of other APC Chieftains”, the legal practitioner wondered, hinting that his party’s programmes are grass roots oriented.

His words: “Let Chris Finebone, though a handsome man but deficient in professionalism, make no mistakes about the situation, I want to assure him that more than half of those who still attend the  so called  factionalized  APC’s leadership meeting are not available to the APC”, Chief Emeh declared.

”Our elders say;” two people cannot be ignorant of a lie. If the person been lied to is not aware, the liar definitely knows what he is rendering to the receiver of his message.

”It is not Chief Emeh’s style to attack persons or parties, hence the limit of this response to the issues at hand. Maturity and integrity are not traits purchased at the market place”. the statement added.