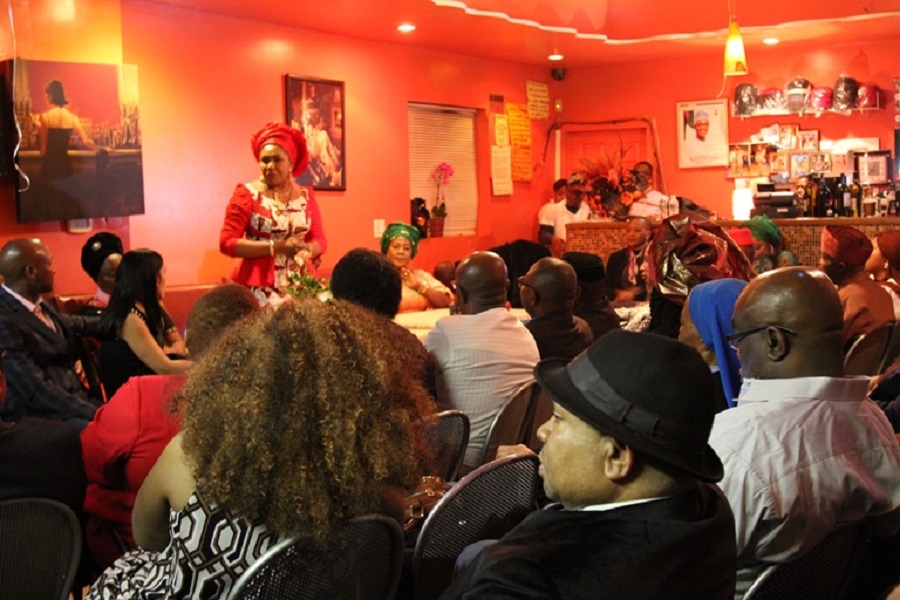 The trail of endorsements of Anambra State Governor, Chief Willie Obiano who marked three years in office recently has continued with resounding commendations by Ndi Anambra in New York for a job well-done so far and a call on all sons and daughters of the state across the globe to ensure that he is re-elected as governor come November 2017 to continue to serve the people in the next five years.

The governor received the plaudits at an Interactive Session held Sunday by his wife, Ebelechukwu and Ndi Anambra in New York in the course of her well-received presentation at a Side Event on ‘Opportunities for Entrepreneurship for Rural Women,’ at the ongoing 61st Session of the United Nation’s Commission for the Status of Women (CSW), in New York, United States of America.

Reacting to the briefing by Mrs. Obiano on the programmes of her husband back home, participants at the well-attended Interactive Session paid glowing tributes to governor Obiano and the wife.  Giving his impressions, Deputy Director Budget, City of New York, Sir Emma Atuanya, a native of Nri, Anaocha Local Government Area commended governor Obiano for putting in place a visible regime of physical responsibility which has helped in managing and applying the scarce resources available to him in time of recession.

According to Sir Atunya, “I am so happy about the improving quality of life and the prevailing law and order. I go home to Nigeria twice a year, in June and in December. One important thing that I have seen that surprises me, I don’t know how the governor does it. I am often disturbed by the amount of the garbage on the streets especially in Onitsha but this time round everywhere was clean with garbage trucks seen packing refuse away. We had to sell our property in Lagos and got something at home in Awka, this is not what I am told but what I have seen. We have a family friend who confirms the frequency of payment of salaries in Anambra whenever he gets the alert on his phone. Give it to the man; the fact that he is performing is incontestable and he will be returned for next four years.”

In the same vein, Mrs. Uche Akolisa from Ukpor thanked the governor and the wife for what she described as “the great job you are doing for our people especially in the area of road construction, I pray that God will give you the grace to continue.”

Also Mr Carl Nwabudu, Ezeyin Nise assured that Ndi Anambra in New York are solidly behind the governor and are planning a programme this summer to support Obiano’s bid for re-election.

Also speaking, Dr. Obi Justice from Uga described governor Obiano and his wife as special gifts from God and thanked them for serving Ndi Anambra and also invited Mrs. Obiano to visit his Graceland Hospital where he treats women suffering from cervical cancer.

On his part, Chief Financial Officer, Anambra State Association (ASA) USA, Mr. Noel Okosa said that he came all the way from New Jersey to witness the event and affirmed that Governor Obiano is working and expressed the appreciation of ASA USA team who were in Anambra for Medical Mission in 2016.

In his contribution, a former JP Morgan Staff and Entrepreneur, Chief Sylvester Onuorah, a native of Awka and resident of New York, said:

“We all are witnesses to the fact that Governor Obiano is working. I come from the private sector like him and I can identify with his approach to governance and focus on development of the state no matter whose ox is gored. I am from Awka and I know that our people are happy with him for changing Awka for the better. Now I get home and sleep in peace, I am impressed with the security situation not just in Awka but across Anambra State.

However, I am worried about how to sustain his laudable programmes, already we have noticed that some politicians are warming up. But I want to assure you that I am prepared to do my best. We are prepared to ensure that he continues the good work he is doing for our people in the next five years.”