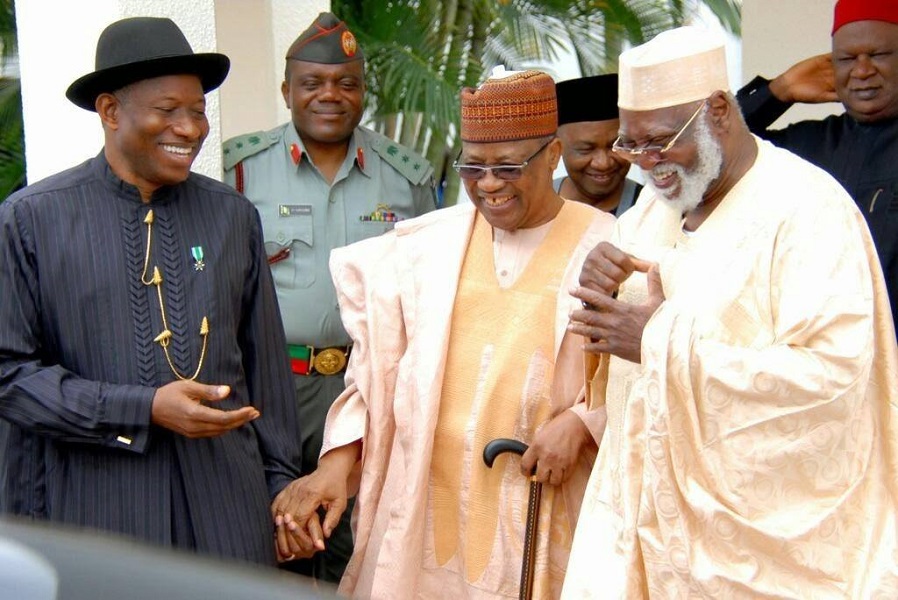 Former  Head of State, Gen. Ibrahim Babangida, says there  was a  military wing of Peoples Democratic Party (PDP), narrating  how it was formed and those behind it. Babangida explained the motive behind the formation which was to rule for  60  years.

Speaking when members of the Strategy and Inter-Party Affairs of the PDP, led by its Chairman, Professor Jerry Gana, visited him in his Hill Top residence in Minna,  yesterday, the former Nigerian leader said from inception, the brains behind the military wing included him and some retired military officers. “From foundation stage, I saw PDP as IRA-Irish Republic Army.

We are the military wing of the PDP. We took a lot of interest and when I say we, I mean my boss – TY Danjuma, Obj, myself, Gen. Aliyu Mohammed. I term us as IRA-military wing of PDP. I thank God we came up with the old concept and one of our counterparts then said that PDP will rule for 60  years,” he stated.

Former Head of State, Gen. Ibrahim Babangida during prayers to mark his 75th birthday celebration at the Hilltop, Minna, Niger State Babangida said he was happy that the party was trying to settle their differences to be formidable again and threw his weight behind a two-party system, adding that two parties are a right choice for Nigerians.

Babangida described PDP as an acceptable party because it had been accepted from “top to down” because its presence had been felt and accepted nationwide and therefore advised the members to work harder in order to rule again.

Gana had told Babangida on the moves by the All Progressives Congress to pocket opposition parties in the country and therefore asked him to prevail on the present government to give the parties a free hand to operate.