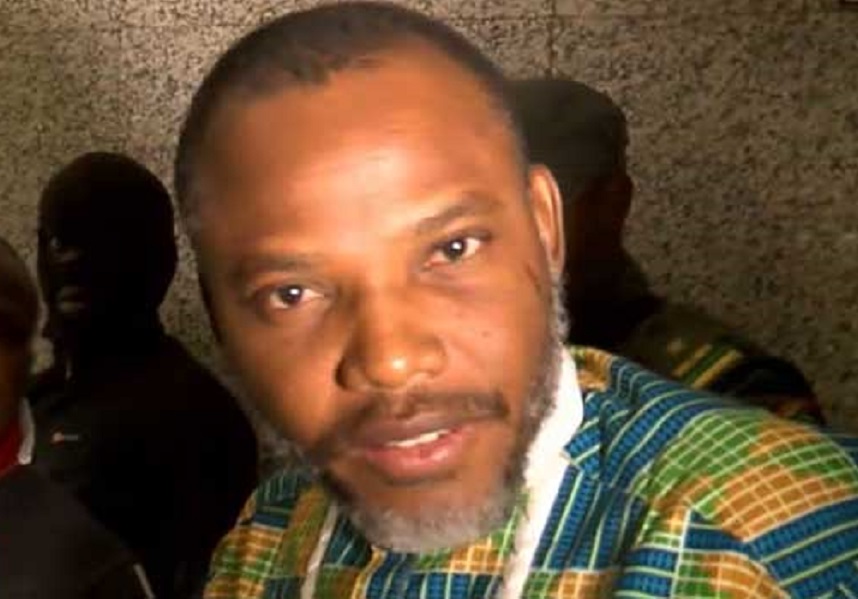 ABUJA – Trial Justice Binta Nyako of the Federal High Court in Abuja, on Wednesday, struck-out six out of the eleven count criminal charges the Federal Government preferred against the detained leader of the Indigenous People of Biafra, IPOB, Mr. Nnamdi Kanu and three others.

Nnamdi kanu In a ruling, Justice Nyako held that the six charges were not supported by the proof of evidence the prosecution adduced against the defendants. The court however sustained five other charges against Kanu and three other pro-Biafra agitators, Chidiebere Onwudiwe, Benjamin Madubugwu and David Nwawuisi.

The sustained charges, to which all the defendants entered a fresh plea of not guilty, borders on conspiracy, treasonable felony, publication of defamatory matter and Kanu’s alleged importation of goods contrary and punishable under section 47(2) (a) of the Customs and Excise Management Act, Cap C45, Laws of the Federation of Nigeria, 2004.

In her ruling, Justice Nyako said there was no evidence before the court to prove that IPOB which was allegedly managed by the defendants, was an unlawful society. In count three of the remaining charges, FG alleged that Kanu had in a broadcast he made in London on April 28, 2015, through Radio Biafra, referred to President Muhammadu Buhari as “a paedophile, a terrorist, an idiot and an embodiment of evil”.

Meantime, the court has fixed March 20 and 21 to commence full-blown trial of the defendants.