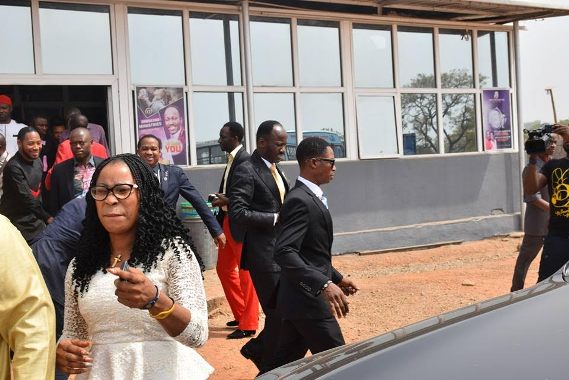 Advertisement
...say wicked rulers should repent or face divine judgement of God
…they ‘ll be voted out in 2019
The Christian youths throughout the country on Monday held a solidarity rally against the persecution of Christians in Nigeria, saying its members in government and politics have betrayed Christendom, especially at a time the church in the country is facing serious persecution.
They therefore called on its members to “always speak out” whenever the government does anything wrong.
Speaking with journalists during rally held at the Ecumenical Centre in Abuja, President, Youth Wing of Christian Association of Nigeria, Daniel Kadzai, warned the Department of State Services and other security agencies to “stop flexing muscles on the unharmed citizens, but should instead deploy their energy to curb violent attacks of Fulani terrorists against Nigerians.”
The organisation also cursed that “wicked rulers exerting wickedness or hardship on the citizens should abstain from their wickedness or face the divine judgement of God.”
YOWICAN threw its weight behind the General Overseer of Omega Fire Ministries, Apostle Johnson Suleman, who is being hounded by the DSS, saying the allegation against him was false and premeditated.
The DSS had been on the trail of the cleric over the alleged incitement when he called on his congregation to defend themselves against the rampaging herdsmen, who had been on a mission to decimate Christian population in the country.
Suleman was officially invited by the DSS to appear before it on Monday for interrogation after their initial plan to abduct him in Ekiti State, foiled by Governor Ayodele Fayose.
While making reference to several cases of harassment of Christian clergies by security agents, Kadzai warned that it could “plunge the country into anarchy.”
He said, “We are against the silence and timidity of our Christian brothers in government. It is not only a betrayal of Christians but the betrayal of the Nigerian people. We condemn their failure to stand up for social justice, rule of law and good governance. Posterity will count against them and we will direct our leadership at various levels to vote them out in the 2019 elections.
“It is sad, unfortunate and regrettable that law enforcement officers have taken to harassing and embarrassing Christian clergies in recent time. The harassment of two Catholic priests by military men led by one Captain Musa in Michika Local Government of Adamawa State and assault on Pastor Alex Ocheinu of Redeemed Christian Church of God in Life Camp, Abuja who was resuscitated at Gwarinpa Hospital is unacceptable.
“The attempted arrest of Apostle Johnson Suleiman by DSS personnel over an alleged public incitement is not only false but used as a premeditated tool to achieve a long time ambition.”
YOWICAN also insisted that government has no business in regulating tenure or position of Christian churches or ecclesiastical matters, adding that “under whatever guise, the church has its distinct peculiarities of leadership structures.”