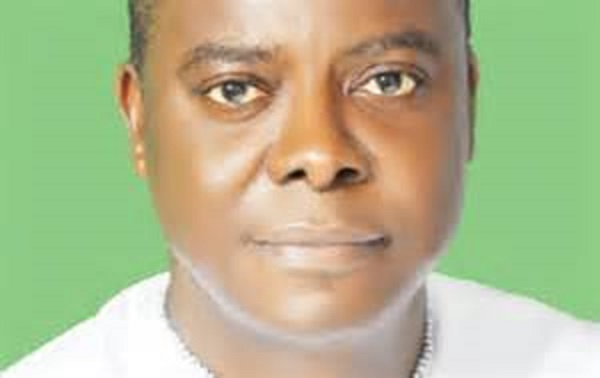 The All Progressives Congress (APC) said on Wednesday that politicians from the South Eastern part of the country have began to embrace it as a result of efforts by President Muhammadu Buhari to address problems affecting the region which were left unattended to for 16 years by the PDP.
The National Vice Chairman in charge of the zone, Emmaneul Enuekwu told newsmen after a meeting of the national leadership of the party with a delegation of party members from the south east that the party has decided to open a process of registration for new members in the region.
Enuekwu said the Igbo nation have realized that the PDP which they thought was their party disappointed them for 16 years by failing to address critical infrastructures such as the Enugu/Onitsha road, Enugu/Port Harcourt road and the second Niger bridge.
He said: “the problem with the south easterners before the election was that they felt that the PDP was the proper party for the Igbo man. But they have come to realize lately that it was not true because they were disappointed. The PDP was in power for 16 years and the Enugu/Onitsha road was not done, the Enugu Port harcourt road was not done, the second Niger bridge was not done.
“There was no major pm act the south easterners could feel that made them say PDP my their party. When they realized this, they are how saying that Buhari who has been in power for a little over one year has paid contractors to start doing something about the Enugu Onitsha road, the Enugu/Port Harcourt road and has started doing something on the second Niger Bridge within one year.
“They are now asking, who is fooling who. Their eyes are now open and they can now see clearly. That is why they are now moving into APC. Politics is about making sure that the welfare of the people is bettered.”
On the registration exercise, he said: “We of the south east extraction just finished a meeting with the national leadership of the APC. The national chairman, Chief John Odigie Oyegun briefed the stakeholders on the continuing registration exercise that would soon start in the south east.
“The leadership of party wants to make to democratize the process so that nobody will complain of not being registered. There are some rumor in some quarters that there are plots to make sure that some people that have political ambition wants to use the exercise to shutout others from being members of the party.
“You know that because of the quality leadership of President Buhari, every south easterners is angling to be a member of the APC and so, a lot of people that moved from different political parties into APC have not had the opportunity of being registered.
“Therefore, the party felt it necessary that these big wigs are properly registered so that they can be part of the party as we approach the next general election. You are aware that there is the belief in some quarters, that the APC is not strong in the south east. But the only thing we have to say is that they should exercise some patient as the result if subsequent elections from the south east will convince them of what we are made of.
“You must be aware that we have done this registration before and so, it is not a fresh registration. We are continuing with the exercise and so, we are not targeting any particular number. We will register people that were not registered before. We might not finish the exercise this time, but we will leave the exercise open. But we will not be doing the e-registration now.
“The National Chair,an made it categorical that the exercise is open to all and that if anybody complain of not being registered at the ward level or at thang stage where he is supposed to be registered, such a person will be registered at the national level.

“We have also set up a monitoring committee to move round to collate complaints. There is also an appeal committee because we want to make sure that non ohms left out of this exercise. We will make sure that everybody no matter how small will be properly registered.”