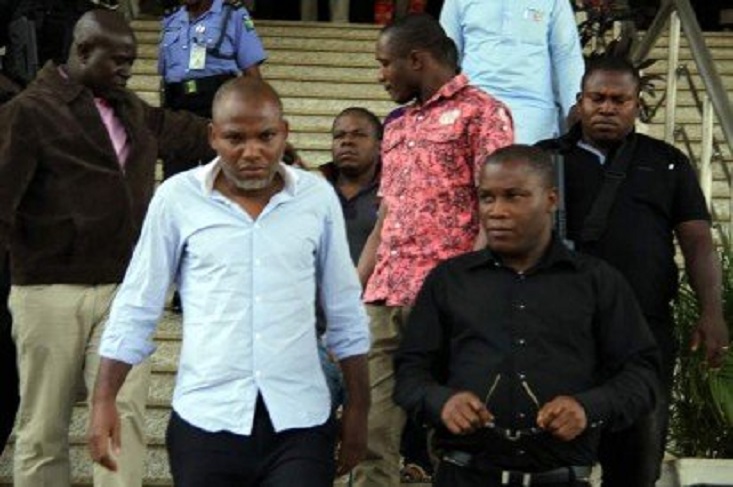 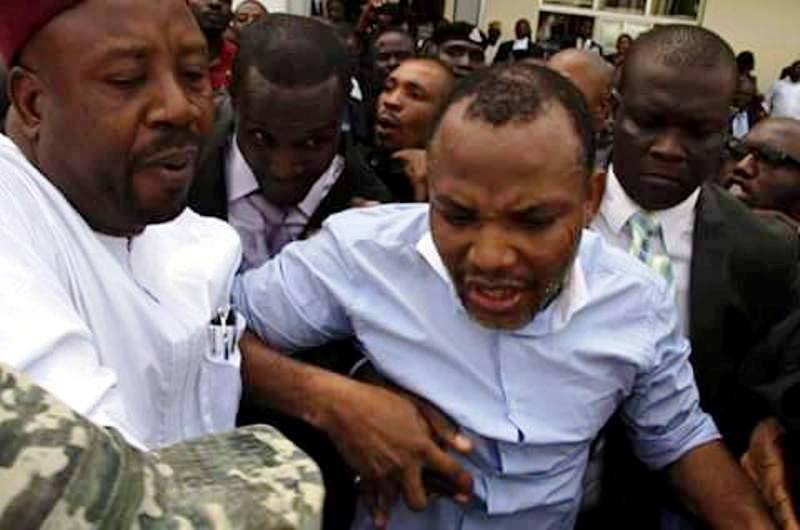 A Federal High Court sitting in Abuja yesterday rejected the bail application filed by leader of the Indigenous People of Biafra (IPOB), Nnamdi Kanu and three others.

“The offences are serious in nature and carry very severe punishment if proven. I hereby therefore refuse bail of the applicants. But in the alternative, I hereby order accelerated trial of this matter to almost commence immediately, but not later than two months”, she ruled. Meanwhile, the Federal Government applied for all witnesses to be allowed to testify behind screen. Counsels to the defendants, however opposed the application submitting that such would amount to gross violation of their rights to fair hearing.
Source://www.dailytrust.com.ng/news/general/biafra-why-court-rejected-kanu-s-bail-application/174166.html#VIRXmEyrr25IkPFj.99