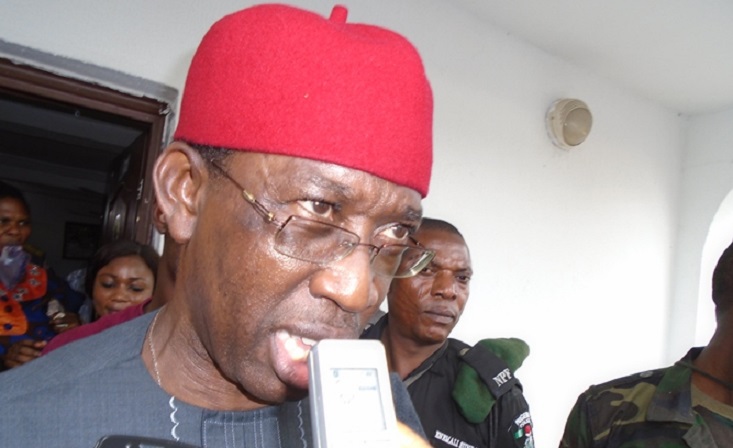 The Peoples Democratic Party (PDP) in Delta state has been told that no amount of efforts put in place to intimidate the Social Democratic Party in the state would yield any meaningful result.

Delta state Chairman of the Social Democratic Party, Ambassador Oke Idawene made the assertion in Aboh, Ndokwa East Council Area of the state during the opening ceremony of the party secretariat in the area.

The party chairman, who claimed that PDP has tried to lure some of them away from the SDP through inducement also revealed that he has been receiving strange calls every day.

He observed that the desperation of the PDP stems from the fact that the Social Democratic Party is now the party to beat as the party is poised to take over from the PDP in the state.

In his words: “I keep getting strange calls of threats from people, all in their efforts to distract us. But I tell you I am more resolute than ever to rescue our people from bondage”.

Speaking in the same vein, the National Woman Leader of the party, Hajia Mariam Batubo enjoined party members not to rest on their oars, expressing joy at the large turnout of women, while encouraging them to spread the good news of SDP.

While articulating her belief in the SDP to wrestle power the PDP in the state, Hajia Mariam Batubo urged members of the party not to be distracted but remain focus.

A chieftain of the SDP in Ndokwa East, Hon. Felix Edemanya also remarked that the Social Democratic Party has come to wrestle power from the Peoples Democratic Party in order to free the people from the bondage that has been inflicted on them since 1999.

He commended the people of Ndokwa East for embracing the SDP, adding that their presence shows that they are resolute in effecting a change a change of leadership from the wards to the state level.

Highlight of the occasion was the presentation of new members and decampees in Ndokwa East to the party leadership.