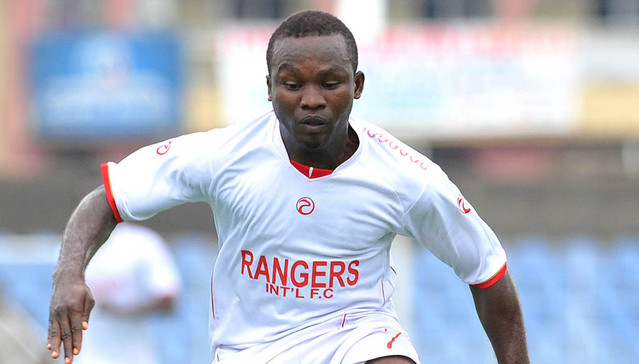 The Deputy President of the Senate, Senator Ike Ekweremadu, has charged the Rangers International Football Club of Enugu to shun any form of complacence and go for the jugular of the El Kanemi Warriors of Maiduguri on the last day of their Nigeria Premier League, NPL, title campaign this season.

He stated this in his goodwill message to the Flying Antelopes of Enugu ahead of their season’s decider at the Nnamdi Azikiwe Stadium, Enugu, on Sunday.

Senator Ekweremadu said while the odds, no doubt, favoured Rangers, the team must go all out to achieve an emphatic victory and win the league on a high note.

He said: “I want to commend Rangers International for coming this far, ready to break what appears like a 32-year jinx despite the challenges. I urge the team to go all out to not only win the league title, but also to do so on a resounding note by drubbing the El Kanemi Warriors”.

The Deputy President of the Senate assured the team of not only his total support and those of the Government and good people of Enugu State, but also the people of the entire South East and South-South regions, recalling that Rangers had always lifted the spirit of the people at the most challenging times.

He added: “To the people of South East and South South regions, Rangers is more than a football team. They are an inspiration, a morale booster, and something of unspeakable pride. Rangers represent the history and mass movement of a people seeking to survive and re-launch themselves to national reckoning in the aftermath of a devastating civil war”.

He called on the people to turn out en masse to cheer the team to victory.