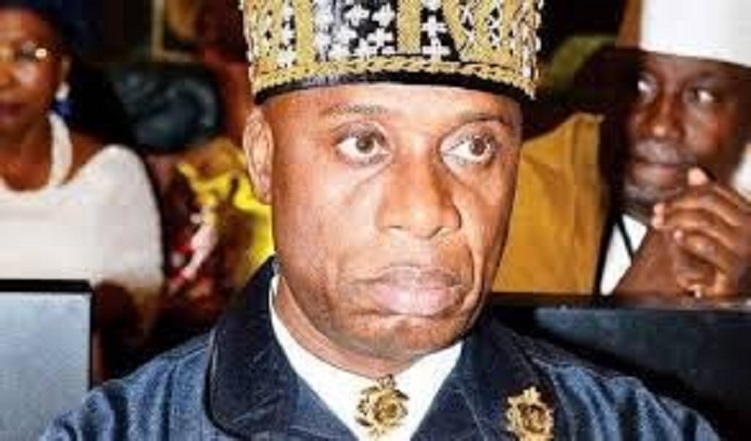 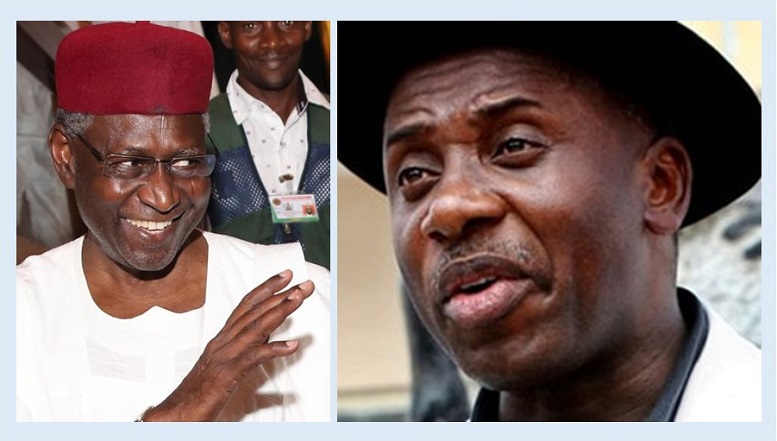 Information reaching 247ureports.com from sources within the presidency indicate that the President’s men may have lost all decorum as the struggle for influence and power gains steam. As gathered, the two aides, the chief of staff and the minister of transport who have become arch enemies almost immediately following the swearing in of President Buhari into the President office, appears growing from work colleagues to playground brats as the day go by.

The ugly situation began with President Buhari’s approval for a project concerning ports and/or railway – which was reported to worth millions of dollars. The minister of transport, Chibuike Amaechi was reported to have submitted the request for the approval directly to the President without having to go through the Secretary to the government of the federation [SGF] – as protocols require. As the president approved the project, the documents were routed through the office of the Chief of Staff, Abba Kyari.

When Abba Kyari got a hold of the documents indicating the President had approved the project and the contract, he used his office as the chief of staff to input conditions into the approval. According to our source, the conditions were framed in such a manner that Chibuike Amaechi would not be able to make the conditions. 247ureports.com does not have the terms of the conditions, but it was clear to both men – Kyari and Amaechi – that the conditions were impossible to meet.

Our source continued to explain the reason behind Abba Kyari’s actions to derail the project approved by Mr. President. It was due to ‘neglect’ by Chibuike Amaechi for the office of the SGF and Chief of Staff.

The source adds that Amaechi had from the get go decided to deal with the President directly instead of going through the SGF – as protocols require. But the source clarifies that Mr. President’s actions appear to entertain and/or encourage Amaechi’s direct dealing with him. But the SGF and chief of staff were not happy with the idea because Amaechi remains the only minister who deals with the president directly.

Our source points to Abba Kyari’s grievance to Amaechi’s appointment of Hadiza Bala Usman to the head the Nigeria Port Authority [NPA]. Kyari believes Hadiza to be the girlfriend of Amaechi. “He believes Hadiza to be grossly unqualified for the job“. Hadiza was born 2nd January 1976 and only finished her university education in 2009.  In April 2014, she co-founded the global movement #BringBackOurGirls – demanding for the rescue of the 219 young girls abducted by the terrorist group Boko Haram from Chibok Secondary School in Borno State North East Nigeria.

The President is reported to have been briefed by both aides. Abba Kyari and Chibuike Amaechi have had their time with Mr. President to discuss on the issue. But it is not immediately ascertainable what the reaction of the President was. For now, the President appears to have taken no action.

In the meantime, the two men remain at daggers drawn.