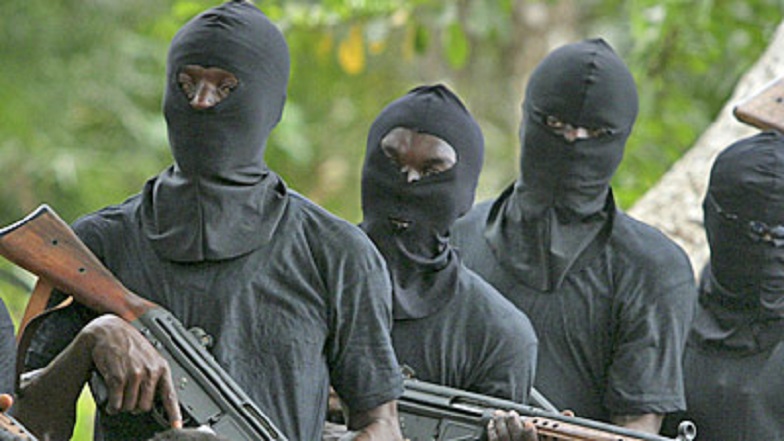 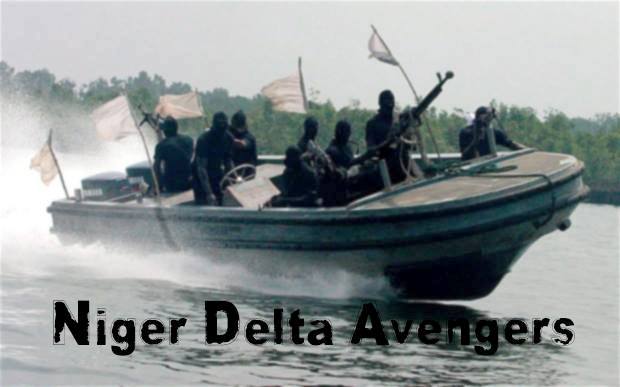 With a name that sounds like it has come from the pages of a superhero comic book, the Niger Delta Avengers (NDA) is the latest militant group to emerge in Nigeria, attacking oil installations in a campaign which threatens the economy of Africa’s most populous state.

“We are a group of educated and well-travelled individuals that are poised to take the Niger Delta struggle to new heights that has never been seen in this nation before,” the NDA proclaimed in one of their first statement’s on their website in April.

“We have well-equipped human resources to meet this goal”.

It was not an idle threat. The NDA has carried out a barrage of attacks on oil installations in the Niger Delta region, causing a huge decline in oil production, which is the mainstay of the West African state’s economy.

“The renewed activities of the militants in the Niger Delta is seriously affecting our oil production,” Minister of Finance Kemi Adeosun admitted on state-owned NTA television.

Who is their leader?

This is the first armed group to emerge in the region, where most people are poor despite the fact that it is rich in oil, since late Nigerian President Umar Musa Yar’Adua granted amnesty to militants seven years ago.

At the time, militants in the region said they wanted a better deal for their people who have suffered environmental degradation and economic dislocation because of oil production by some of the world’s leading firms.

Many of the militants were encouraged to drop their arms and agitation in exchange for some cash incentives and training. Former President Goodluck Jonathan, who comes from the Niger Delta, continued the scheme.

Foreign oil companies have long been targets for militant groups in the Niger Delta.

The amnesty programme, which provides tens of thousands of former oil militants with a monthly stipend from the government, stemmed the level of violence.

But in the latest budget, President Muhammadu Buhari reduced funding for it by 70%, and has spoken of phasing it out entirely by 2018.

It is difficult to identify or determine who the members of the NDA are, their Twitter handle currently has an AFP photo of a Movement for the Emancipation of the Niger Delta (Mend) militant taken in September 2008 as its profile picture.

Local people in the region believe members of the group are largely elements of previous militant groups like Mend led by Henry Okah, who has been incarcerated in South Africa or the Niger Delta People’s Salvation Front led by the vocal Mujahideen Asari Dokubo. They were left out of the government’s amnesty programme.

He signed up to the amnesty programme but has been on the run since February, refusing to be questioned by Nigeria’s anti-corruption agency in connection with $231m (£163m) in missing government funds.

Hifg Chief Ekpemupolo has dissociated himself from the group, but none of the former militant leaders have commented.

Others believe the new militants are criminal elements that want to draw attention to themselves now that their kinsman, ex-President Jonathan, is out of power.

Currently, it is not known who officially leads the group, although a Col Mudoch Agbinibo has been signing press releases on behalf of the NDA.

There are suggestions that “Mudoch” is a pseudonym, like the one-time “Jomo Gbomo” of Mend.

Whatever perceptions people might have of the group, its activities in the Niger Delta appear well co-ordinated with a high level of technical expertise.

The NDA has stated unambiguously what it is setting out to achieve: “Our goal is to cripple Nigeria’s economy”.

After declaring what it called “Operation Red Economy”, in February, it blew up an underwater pipeline forcing Royal Dutch Shell to shut down a terminal which normally produces 250,000 barrels of oil a day (bpd).

Recently, Shell declared a force majeure, which excuses a company from contractual agreements because events beyond its control, on exports of high grade crude oil after an attack on one of its trunk lines.

Also, US firm Chevron shut its Valve Platform following another attack, also claimed by the Avengers.

And ahead of President Buhari’s first expected visit to the region on Thursday, the NDA said it had blown up two Chevron export terminals.

These attacks have dealt a huge blow to the revenue of the Nigerian government, which says the renewed activities of the militants are seriously affecting oil production.

In fact the country’s production has dropped to about 800 million bpd, as against the projected 2.2 million bpd.

There have been many catastrophic oil spills in the Niger Delta over the years.

The military has issued a stern warning that it would deal decisively with any group fermenting trouble in the country, including those it has described as “criminal elements in the Niger Delta”.

But this appears to have emboldened the Avengers into more attacks that have had a knock-on effect on the supply of electricity that depends on gas from the oil-producing companies.

For President Buhari, who barely marked one year in office, the NDA presents another fresh security challenge to the government which has been grappling with Islamist insurgency in the north-east of the country.