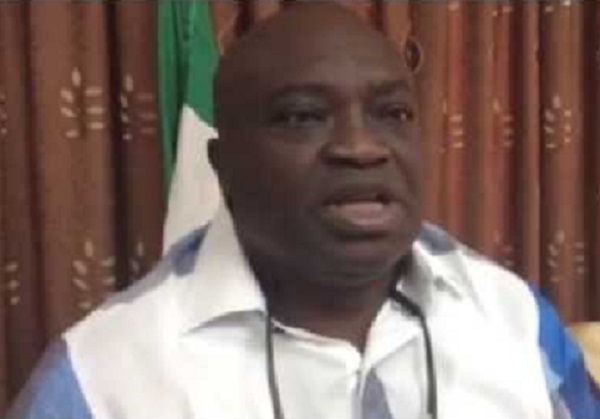 Political leaders from the Ukwa/ Ngwa bloc of Abia state have expressed displeasure with Gov. Okezie Ikpeazu over yesterday’s emergence of Chief Johnson Onuigbo a.k.a Akinbod, as the state PDP chairman.

The leaders, who met at a secret location in Aba after the PDP state congress, lamented that the Ikpeazu could not exercise his authority to help enthrone a state chairman who would be completely loyal to him. They stated that Onuigbo’s election had the imprint of Senator Theodore Orji and his son, Engr. Chinedum Orji who have retained the political leadership of the state even after the former had served out his tenure as governor.

Speaking on the condition of strict anonymity, a leading chieftain of the party in the area who convened the meeting told our correspondent that the Ukwa/Ngwa people expressed fear that the former governor and his son who is also the majority leader of the state Assembly may use the new chairman against the governor’s re-election.

“According to him, “We are afraid on the way the PDP congress went without the governor exercising his authority as the leader of the party in the state. How can he allow somebody who has served out his tenure to install a state party chairman for him? This is never done, there is danger. There is more to it; this is why we decided to convene this meeting. Soon, we will send a delegation to the governor to hear from him on the development. We will also use the occasion to warn him that he is treading a dangerous path if he continues to concede his powers to others. He needs to assert his authority as governor, but what we have seen so far, is disheartening. It is either he sits up or forget re-election.”

Even the zoning of the party chairmanship seat to Umuahia North was greeted with condemnation across the state. The popular acclaim was for the seat to be occupied by a party faithful from Umuahia South or Osisioma Ngwa council areas.

“Why will every position go to Umuahia North LGA? They produced the Senator for Abia Central and the majority leader of the state legislature, so why can’t they leave the chairmanship position to other local governments? Politics of exclusion has been the bane of Abia state,” a chieftain asked rhetorically.

247ureports.com gathered that few weeks before the PDP ward congress, a certain delega-tion of foremost Ukwa/ Ngwa elders said to include Elder Emma Adaelu had met with Ikpeazu inquiring about his plan for the PDP congress in the state, but the governor was al-leged to have told them that there was no problem. When the delegation prodded further, Ikpeazu was said to have accused them of trying to incite him to start fighting his benefac-tor, Senator Orji, when there was no need for it.
The governor, according to our source, told the delegation that he is not ready to offend the former first family who installed him governor.
One of the elders was said to have asked Ikpeazu if he knows why the people who had served out their tenure, are still battling over the control of party structure, but this infuri-ated the governor who at that point, ended the meeting.