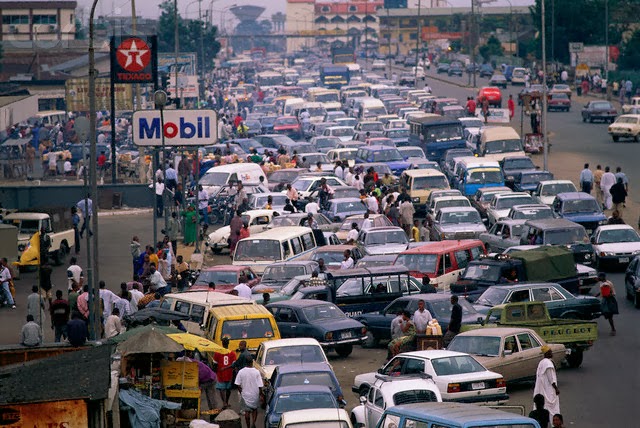 A time comes in the life of a nation when courage and determination will be needed to define the future of that nation and move it away from living a lie. For many years, petroleum products have reduced Nigeria to a nation with no focus and development plan as a result of the massive mismanagement of public resources and unbridled corruption especially in the petroleum sector, which is the life wire of the economy of our dear country.

The recent attempt by the present government of Nigeria to remove government’s “subsidy” on the petroleum products to allow for market competition in the sector is receiving knocks and shouts from roof tops. In 2012, when the attempt was made by the government of Goodluck Jonathan to remove subsidy and allow marketers and market forces to determine prices of the products, Nigerians led by eminent personalities most of who were directly or indirectly beneficiaries of the criminality called “subsidy”, mobilized Nigerians to what was known as “Occupy Nigeria” and forced the government after many weeks to reverse the decision and return to status quo ante.  The result of that reversal is what we have all witnessed today- the fact that, it is difficult for government based on the current economic realities to fund or subsidize petroleum products because of the people involved and years of decadence in the sector. Even if government were to genuinely do it, those forces within the system will still make it difficult for the subsidy to be properly applied to the benefits of the people. The result is that the same group of people remains beneficiaries while the poor keep suffering.

In the history of petroleum products pricing in Nigeria, this the first time, President Buhari has endorsed upward adjustment of petrol in a bid to liberate the sector from the strangulation of dealers in the products who take advantage of the people to amass selfish wealth. As Head of State from 1983 to 1985, President Buahri never increased nor decreased prices of petrol. President Ya’Adua was another person who rather than increase reduced the price of petrol from N75 to N65.  Thus, from 1973 when General Gowon first adjusted the price of petrol from 6k to 8.45k to 2012 when it went from upward increase of N141 to N97 under former President Jonathan, the product has been the subject of debate in Nigeria as to why it is difficult to have definite pricing of petrol as in other oil producing countries. There have been other adjustments over the years.

But the truth is that each time these adjustments were made, the Nigerian based Civil Society Organizations, and Nigerian Labour Unions will mobilize the hapless Nigerians to the streets to protest. The prices may either be reduced or remain the same after some form of negotiations with the Union leaders by government. None of the Union leaders ever comes out to tell Nigerians after the negotiation how much settlement they received, or what benefits the people would get from the negotiation, rather what will follow will be an appeal by the Union leaders to the ordinary Nigerians telling them to see reason with government why such decision (s) should be supported by the same people.  The question is, why has it been difficult for those leaders to take time and organize conferences and workshops or debate on such national and burning issues where petroleum products and appropriate pricing will be discussed with a view to either supporting government in a deregulation policy or advising otherwise, even before government takes decision on the subject matter?  Why must Union leaders  always wait for government to take decision and the next thing will be to mobilize citizens to the streets to seek attention and after  they would have been settled, they will turn back to urge Nigerians to  support the same policy they have protested against?

I do think that the issue of prices of petroleum products have been over flogged in this country because if since 1973 when the first increase of petrol price was made by General Gowon and up till 2016, 43 years after, and we are still yet to get it right, it is an indication that the prices of petroleum products will not be determined by government. It is a matter of courage by any government to take the bull by the horn and call a spade a spade. We should consider the issue of telecommunication. I knew how much difficulty it posed for Nigerians to make telephone calls either at national or international levels from Nigeria Telecommunication Limited (NITEL). When the sector was deregulated, it opened up for business men and women who were interested in the business. At the first time, a Simcard in Nigeria cost between N20, 000 to N40, 000 and telephone handsets were in most times unaffordable. Only the rich could afford them including payment of the tariff. But today, the same simcard that cost N40, 000 in 2001 is free and prices of handsets range from N2, 500 to about N10, 000 apart from those handsets meant for people high up. The same was the case in the aviation sector until it was deregulated and ordinary Nigerians could afford flight tickets to any part of the world. The deregulation of telecommunication and Aviation sectors should serve as a good example for Nigerians to support the deregulation of the petroleum sector. Petroleum products are just like telephone which we need in our everyday life whether at the rural or urban cities.  The woman who needs petrol to power her cassava grinding machine and transport it to the market for sale also needs telephone to speak to her children in the urban cities and also need internet for her children to transfer money to her account to support her local business.

Throughout the period that petrol appears to be under price control, it is clear that in many parts of Nigeria, such price controls never worked because access to the products by the marketers were not at equal level. While some buy products direct from NNPC or importers, others buy from those who bought from others and so the prices are different. So, it has been difficult to control the prices in a manner that will reflect a kind of uniform policy in the sector. This position was collaborated by the Chairman of the Editorial Board of the Authority Newspaper,  Uche Ezechukwu when he posted on his Facebook page that “In 2012 South Easterners refused to join the demonstrations against the removal of subsidy and the hike of pump price of fuel. Reason is that we had never enjoyed the so-called subsidy and had always purchased fuel at prices very close to, or even more than, the then new price on N141. We had always known that fuel subsidy was not sustainable. We were abused and called traitors, but we knew who and what we were, but never chameleons.
We are not going to participate in any protests against the current hike because we know that it makes sense. We will only quarrel if the subsidy removal does not end scarcity. But shame on all those who called us names then, but who have now embraced the reality that we had understood and embraced four years ago”

If “Deregulation is the process of removing or reducing state regulations, typically in the economic sphere, the undoing or repeal of governmental regulation of the economy… reduction or elimination of government power in a particular industry, usually enacted to create more competition within the industry…”,  it means that if the sector is freely deregulated, it will only be a matter of time, prices of petroleum products will come down as in the case of telecommunication and aviation sectors.

At this time in our life journey of nationhood, with the security challenges of BOKO HARAM, farmer-herdsmen and the emerging threats in the Niger Delta region, coupled with the massive hunger and economic meltdown in the land,  it would appear that the timing of the attempted  deregulation is wrong. But I think that we should as Nigerians accept that deregulation of the petroleum sector is a policy we should support. What is not right is for government to turn round and fix prices of the products after deregulation. Let the market forces determine the prices. It is possible that today, petrol sells for N145 a liter, in the next months or  years, the same product will sell for N50 a liter because every marketer is expected to sell according to his/her purchase and it is not  expected to be uniform among the marketers. We must not allow selfish union leaders, civil society groups and politicians to take advantage of our anxiety to increase our burden by mobilizing us to the streets and after they would have negotiated their pecuniary interest, abandon us to our faith. It is time to test true deregulation in the petroleum sector. It should not be an issue of ruling or opposition parties. What is paramount is Nigeria and Nigerians. I urge the government to be courageous at this time and let there be transformation in that sector.