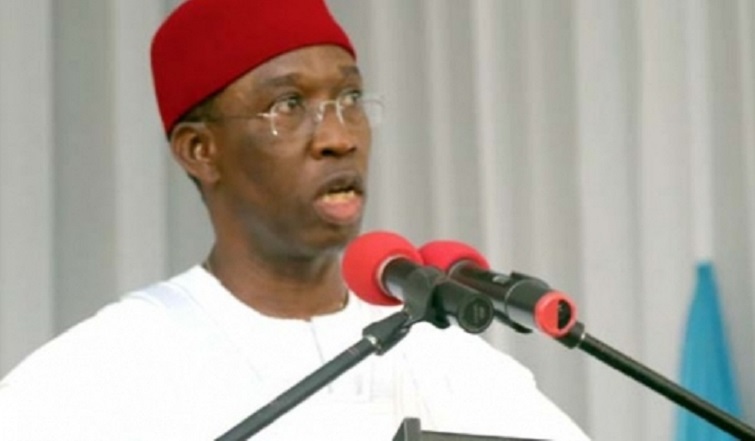 In what appears to be a well thought out plan to corruptly enrich himself and his cronies without prying eyes, Delta State Governor, Senator (Dr) Arthur Ifeanyi Okowa has allegedly increased his expenditure approval limit to N250 million from N50 million which his predecessors, Chief James Onanefe Ibori and Dr. Emmanuel Eweta Uduaghan sets throughout their tenures in a bid to limit abuse, financial recklessness, entrench fiscal discipline and promote accountability in the disbursement of the state’s finances.

The move would allow Governor Okowa singly approve and pay for projects without scrutiny, examination and recourse to the state’s Executive Council so long as the cost is under N250 million. The implication of this is that Okowa can singlehandedly expend over 80 percent of the state’s budget without the input or approval of the Executive Council since the state cannot embark on any multi-billion naira projects because of shortfall in allocations from the federation account.

Investigations also revealed that the Governor has cut the expenditure approval limit of Commissioners in the state to N200, 000 from N1 million set by the previous administrations. These controversial move would allow Okowa effectively shut out EXCO members from the scheme of things and confer absolute powers on himself to expressly approve contracts for self-using cronies and his close political associates by deliberately keeping contracts below the N250 million limit in what is popularly referred to as contract splitting.

It was further gathered that some Commissioners, heads of parastatals and boards have been irked by the new policy and see it as Okowa’s design to make them redundant and create an empire for himself using state resources.

After he was sworn in as Governor, Okowa swiftly told Deltans that he inherited over N600 billion debt and contractual agreements from the Uduaghan’s administration. What he is yet to declare to Deltans was how much cash he inherited from Uduaghan because it is an open knowledge that the State Accountant-General, Mr. Cyril Agbele went underground two weeks before Uduahan’s exit, practically shutting down that government only to resurface immediately Okowa was sworn in.

The big question Okowa is yet to answer is, could the Accountant-General had run away with debts? As some Commissioners and head of government Ministries Department and Agencies (MDAs) have been stripped of their powers.

With this development, only the Governor, Commissioner whose ministry a project is coming from, Commissioner for Finance, his counterpart in Economic Planning and Accountant-General would have knowledge of these approvals, excluding other EXCO members.

It was learnt that the contentions expenditure approval limit policy of government projects and programmes are oftentimes below N250 million.

The reviewed policy, which is said to be an abeyance to the idea of state’s EXCO, has been in operation since Governor Okowa came on board and granted the governor excruciating monopoly to the point that all MDAs are subjected to the whims and caprices of the governor’s approval for projects in view, particularly the ones that fall under the scope of the Ministerial Tenders Board.

However, some analysts have picked holes with the policy, saying that it was unjust for the governor to formulate a policy that would corruptly enrich himself and his cronies under the guise of being for effective service delivery and to reduce cost and time.

This arrangement according to them is an abeyance to idea of state Executive Council because when you say State EXCO, it means all relevant persons who are EXCO members are supposed to be involved in running of the government but a situation where the governor decides to expand his powers for approval limit, it means EXCO would just be a mere formality.

It was learnt that this kind of thing only happened probably because the governor doesn’t want every file to be going to EXCO, because in there, every commissioner has access to files of a particular project that is being proposed, it therefore means that every project that would be approved by the governor each commissioner has its own copy. But if it doesn’t go to EXCO, then it means it is a single file, and so it moves from the ministry straight to Governor, to Commissioner for Economic Planning, then back to Governor and Commissioner for Finance for release of funds.

As it is, just about four-five persons would know about projects approved while the rest are shut out as they would only hear about it. For instance, if he wants to embark on infrastructure, it means the whole business would be between the governor, Commissioner for Work, Commissioner for Economic Planning and Commissioner for Finance and the SSG. Sometimes the SSG could even be side-lined.

The analysts however queried the purported excuse that the reviewed policy was to cut cost and time of service delivery, saying “the impression that it is to cut cost and time is questionable because I don’t see how a Governor will call an EXCO meeting and say this is what I want and somebody will sit on it. I don’t think it is possible!”

Meanwhile, at one of the Post EXCO briefing, the Commissioner for Information, Mr. Patrick Ukah told journalists that there was no infighting amongst members of the cabinet.