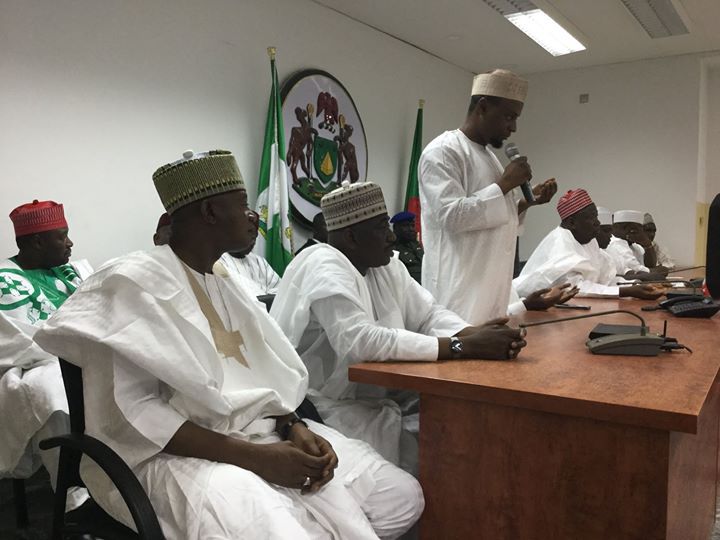 Information available to 247ureports.com indicates that the members of the Kano State House of Assembly led by the Honorable Speaker, Rt. Hon. Kabiru Alhasan Rurum paid a remarkable visit to the Governor of Kano State, Ganduje on the evening of Tuesday, March 15, 2016 in a unique show of solidarity.

While at the Governor’s office, the Speaker took the floor to speak. He told the Governor that the House of Assembly have passed a resolution to stop putting on red cap – signifying the end of allegiance to the former Governor of Kano State, Engineer Rabiu Kwankwaso – and his kwankwasiya movement. The kwankwasiya movement/cult is known for their signatory red caps.

A cursory view of the photographs below will show that none of the lawmakers wore a red cap.