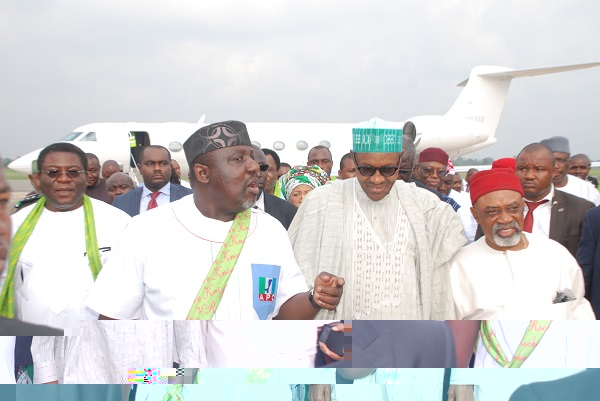 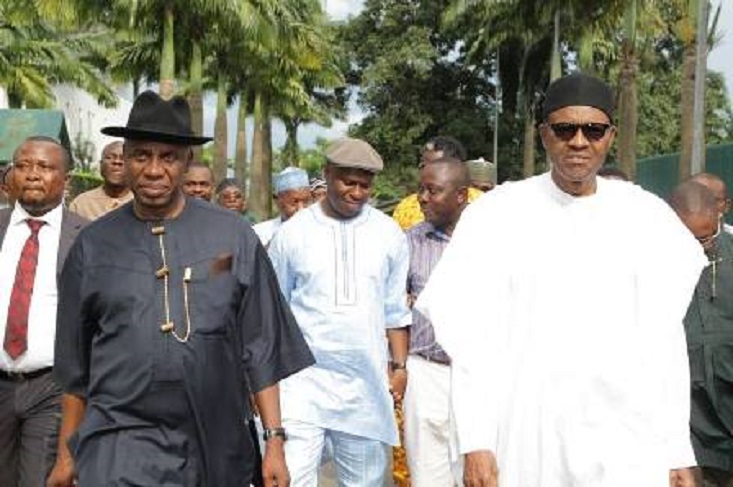 Mark 10:46-52 in the Bible tells of a blind man named Bartimaeus (literally “Son of Timaeus”) being present as Jesus left Jericho. Matthew 20:29-34 is a similar account of two blind men being healed outside of Jericho, but gives no names. Imagine when a nation is led by a Bartimaeus, a blind man. Imagine when a blind man is driving a bus filled with passengers. We have a Bartimaeus in the driver’s seat of the affairs of Nigeria. Our Bartimaeus is a man who forgot the name of his running-mate . He called his vice-presidential running-mate Yemi Osunbade instead of Yemi Osinbajo. He called the name of his political party the All Progressives Confidence instead of All Progressives Congress. He told Al Jazeera that INEC means Independent Nigerian Electoral Commission instead of Independent National Electoral Commission.

When Our Bartimaeus was seeking for the votes of Nigerians in the 2015 presidential election, he and his colleagues where sweet talking the people. They made promises of transforming the nation. They promised us so many things including free primary education; free meals daily for public school-children; free tertiary education; free health-care and free houses. They promised direct cash transfer of 5,000 naira to unemployed Nigerians as well as 3.4 million jobs .They even boasted that they will stabilize oil price and would ensure that the Naira will equal to the dollar in value and that they will see that Chibok girls are released in their first 100 days in office.

They said so many things, that they will defeat Boko Haram within two months , our refineries will all be working before the end of December last year and they were on a mission to rescue Nigeria from the shackles of poverty , corruption and under-development. Nigerians swelled to the tunes of their utopian promises. Everywhere they went Nigerians were chanting with happiness, Sai Buhari! Sai Change! Their sweet talks paralyzed the minds of the people . Their sugar coated mouth blinded the eyes of the people.

Today Buhari is in power. It is nine months since he became president and the Nigerian economy is down but he is riding a bicycle without brake. He and his colleagues have not been able to translate their expertise into concrete action. The President appears confused as if he had just emerged from outer space. All he does is laying blames on daily basis, hunting people around and neglecting the economy. He has no clue to solving the security challenges of Nigeria. He has no clue to solving the dwindling economic fortunes and hard-biting poverty pummeling the nation. He is like the son of Adam who had boasted of his prowess with the daughter of Eve. But when the opportunity came his way, he started panting like a fish pulled out of water.

Nigerians are hungry and angry. We are frustrated and bitter. Unemployment has gone high as people are losing their jobs, prices of staple food have jumped, even as the standard of living dropped generally. The naira hit a record low of 335 against the dollar , the Chibok girls are still missing, Boko Haram bombings have increased. No pragmatic steps or policy have been put in place to save the economy. What is the government’s plan to help strengthen the naira ? What is the government’s blue print or economic strategies. We don’t even know who and who are members of Buhari’s economic team. Our Finance Minister has shown us that she is wearing an oversize shoe. This country is going down and down under this administration. In several states, workers are being owed salaries for over 7 months. It appears we have missed the road of life. Our country is in total darkness. People are groping in darkness trying to clutch at anything their hands could grab just to keep hope alive. Despondency has taken control of every facet of our daily life. Our ship of state has become rudderless.

One reason of having a government in place is for the provision of good welfare packages and security of lives and property of the citizenry. The 1999 constitution in section 14 (2) (b) provides that; “the security and welfare of the people shall be the primary purpose of government”. One of the world’s best known political philosophers of all times Thomas Hobbes also stated that one purpose of government is the maintenance of basic security and public order. Hobbes was of the view that people in a community create and submit to government for the purpose of establishing for themselves, safety and public order. If the president of Nigeria cannot provide good welfare packages and security for Nigerians then he should peacefully resign. He has no business clinging on to the presidency for even a second. He was elected to solve our problems and if he has no solution to our economy and security problems, he should relinquish the position with special apologies to Nigerians for having deceived and failed them.

We cannot wait like mummified dummies and allow these wicked and agents of destabilization to toy with our collective destiny. They have only one agenda – to keep the masses in ignorance and abject poverty. On daily basis, the ruling party, keeps peddling false statistics to hoodwink the international community and vulnerable Nigerians into believing that all is well in the country. But a visit to an average Nigerians home will depict a picture of mal-nourishment, hopelessness and helplessness. The masses have no hope of where and when their next meal will come from. They live only for the day.

Where is the free primary education; free meals daily for Nigerian public school-children; free tertiary education; free health-care and free houses that Buhari promised us? Cost of education has gone up beyond the reach of parents. Yet our rulers claim they love us. What kind of country are we living in? Yet, we see them riding in luxurious vehicles and long convoys, oblivious of the suffering of the masses. Every time they tell us to tighten our belts a little while they drown themselves deep in alcohol and women. They blame everything on the escalating rise of the dollar and the fall in oil price and are abusing, accusing, criticizing and blaming former president Goodluck Jonathan for Nigeria’s wretchedness. They are also blaming him for all the corruptions and mismanagement in Nigeria.

Where is our one meal a day for children in public primary schools.? Where is our direct cash transfer of 5,000 naira to jobless Nigerians? Where is the 3.4 million jobs in Nigeria? Why is our president junketing around the world . with no agenda and with nothing achieved. Where are the opinion leaders/molders? Where are the spiritual leaders and activists ? Why are they afraid to talk? Some have even turned praise singers overnight due to the fear of DSS and EFCC. Chai Buhari! Chai Change!