Information available to 247ureports.com indicates that not all is well with the scheduled return to the Peoples Democratic Party [PDP] by the Senator and former governor from Kano State, Senator Rabiu Kwankwaso. This is as reliable information reveals that the Senator has become a person of interest for the Nigerian anti-graft body, the Economic and Financial Crimes Commission [EFCC] over possible financial crimes committed by the Senator while he held sway as the Governor of Kano State from 2011 to 2015. 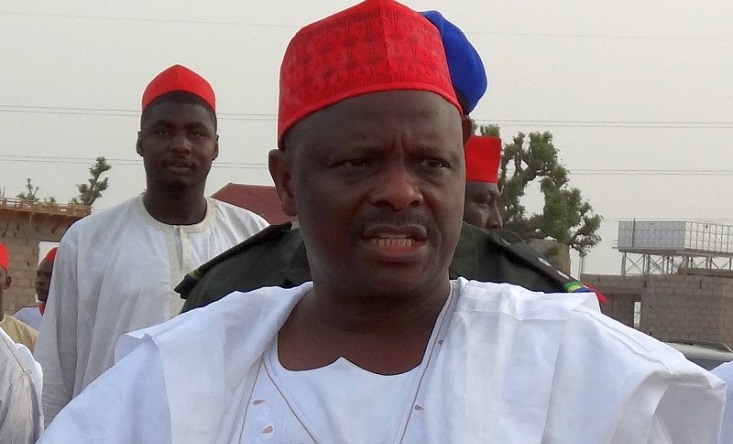 As a caveat, during the period leading up to the All Progressive Congress [APC] presidential primaries, the then Governor Rabiu Kwankwaso who was prepping in full force to join the fray of presidential contest as an aspirant, engaged his associates and political appointees in an overly aggressive campaign to raise the required finances and resources for the presidential race.

Out on the bat, the then Governor of Kano State reportedly issued out instructions to the various local government area chairmen during the said period – mandating each to remit the sum of N75million. Heeding to the governor’s instructions, each of the 44 LGA chairmen raised a voucher for the said sum – while indicating clearly on the voucher that the said sum was to be utilized for the presidential race of Rabiu Kwankwaso.

One of the LGA chairmen – Chairman of Taroni LGA – who happens to be an in-law to Rabiu Kwankwaso – married to Kwankwaso’s first daughter – have made confessional statements to the EFCC concerning the vouchers raised for the said N75million. Kwankwaso’s in-law was invited to the EFCC for questioning immediately following the presidential elections. Along with the chairman of Taroni LGA, 43 other chairmen had been invited for interrogation by the EFCC regarding the financial activities of Rabiu Kwankwaso during his tenure-ship as the governor of Kano State.  Sources within the EFCC who confided with 247ureports.com revealed that the EFCC had been engaged in a comprehensive gathering of information on the former governor for a little over six [6] months – and has collected enough damaging information to issue and arrest warrant for the former governor. “But the politics of the higher ups maybe causing delay in issuing the warrant to pick him up or at least to invite him for questioning”, explained the EFCC agent.

The EFCC agent however explained that the decision to arrest the former governor for questioning and possible arraignment was already taken – but was derailed by the sensitivities that surrounded the personality of the former governor. Politically, the ‘higher’ ups are aware of the role played by the former Kano state governor in pushing the Buhari/Osibanjo presidential campaign to victory – through the 1.9million votes supplied by Kano. They are also aware of the role played by the former Governor is ensuring the the current Emir of Kano emerged as the Emir – Sanusi Lamido Sanusi, the current Emir was a staunch critic of the Jonathan administration. For this reason, the warrant to arrest Kwankwaso remains in the cooler.

Meanwhile, it was further gathered that other cabinet members of Kwankwaso at the Kano State government house had also been invited and interrogated by the EFCC during the 6 months of data gathering. Of particular mention was the recent invitation of the Secretary to the State Government [SSG] and the Commissioner on LGA Affairs to the EFCC for questioning. 247ureports.com is not privy to the details of the questioning but the EFCC source revealed that confessional statements were made that were damaging to the former governor. It was gathered that the remitted N75million from each of the 44 LGA totaling N3.3billion was collected by a brother to Rabiu Kwankwaso, by name Garba Kwankwaso – who the source emphasized that “he collected the money cash” – and the money was never paid into an account afterwards.

Rabiu Kwankwaso’s activities at the Kano Government house – of concern to the anti-graft agency goes beyond the LGA funds which he divert to his presidential campaign, it stretches to his actions around a N4.1billion money earmarked for pensioners in Kano. EFCC source intimated 247ureports.com that the administration liquidated that pension fund under the guise of erecting an estate. Firstly, Kwankwaso transferred the N4.1billion from Zenith bank to Fidelity bank – from where Kwankwaso proceeded to liquidate the N4.1billion on a project he term the Kwankwasiya Estate. The estate presently sits unoccupied and the business interest from investors had been low. Some of the investors who we brought to make purchases of the estates – including Chinese investors – turned away from investing in the estate. Other wealthy indigenes of Kano – from families such as Ishiaku Rabiu – turned down the offer/plea to invest in the project. For this reason, the estate lays bare – till date.

Also, Kwankwaso’s exit from the governor has revealed more information on the status of Kano State finances. The new administration – upon arrival into the government house quickly realized that Kwankwaso may have stripped the State to its bare, financially. “He left the state with N400billion debt”.  One of the cabinet members who spoke with 247ureports.com expressed fear while talking – implying that Kwankwaso can be deadly if he finds out one of his cabinet members had decided to talk on the improprieties that went on at the government house. The cabinet member revealed that the offices were stripped bare – down to office computers, printers, scanners and anything valuable. “Everything was taken”. He explained that there was a level of careless abandonment in the manner the government house stripped including the funds in the various financial institutions around the country.

It was to this level that the EFCC launched their investigations following numerous petitions penned by the new administration and by other concerned citizens.

The EFCC investigations unfortunately appears to have thrown a wrench into the wheel of smooth decampment or return to the PDP. This is as Kwankwaso finds himself caught between a rock and a hard place – in terms of leaving the APC and returning to the PDP. Should Kwankwaso make the move of leaving the APC, the EFCC will pounce on him aggressively in a manner guaranteed to embarrass the former governor. And should he continue to remain in the APC, he will continue to be rendered a spare tire in the affairs of the federal government and in the APC. Sources within the PDP tell 247ureports.com that Kwankwaso had deferred his announcement till later in 2017 to avert the consequences that may follow.