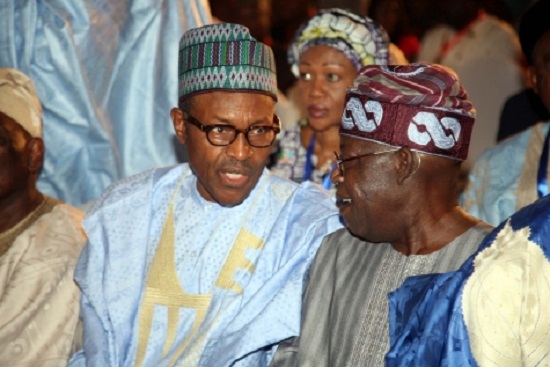 Kinsmen of the All Progressives Congress presidential candidate, General Muhammadu Buhari has opened the Pandora box over stealth game plan by Bola Tinubu and his cronies to install General Buhari who is considered to be ill and unfit to run for presidency with the intent to move power to the West.

The group, Northern Youths under the aegis of Arewa Youth Integrity Forum, have confirmed and support the claim by the Peoples Democratic Party ( PDP ), that the presidential candidate of the All Progressives Congress ( APC), Gen. Muhammadu Buhari is critically ill, old and unfit to govern the affairs of the country.

According to a statement signed by the president of the group, Mal. Ibrahim Abubakar, the northern youths have aligned to the allegation that the fronting of Buhari by Bola Tinubu and his cronies is an attempt to tactically move power to the West, as Buhari may not be strong enough to survive the four years of presidency.

It said the alliance of Tinubu and Olusegun Obasanjo is similar to what happened in 2006 when the north was tactically denied presidency by fostering it on a sick Umar Yar A’dua  who died to bequeath the seat to a Southerner.

” We strongly believe this to be another scheme by the Tinubu/Obasanjo alliance which does not like the north, to deny the north of the presidency.  It smacks of the same scheme employed by Obasanjo in 2006 when he presented a sick Yar’Adua as the north’s candidate amidst many healthy and vibrant aspirant knowing full well that the latter’s health condition will not allow for him to live through the tenure. We strongly refuse this tactic in 2015″. It read in part.

Accusing Tinubu of trying to usurp the presidency, the group also queried the reason why the person chosen to be Vice-President to the ailing Buhari whom they allege will be the defacto president perchance the APC wins, is Tinubu ‘ s aide which will give him the opportunity to loot. Proving their allegation, they queried why it was Tinubu who is in charge of receiving donations for the campaign and logistics.

Then statement also called on all well meaning northerners to queue behind Goodluck Jonathan in the forthcoming polls as the best option for the north so that power will return to it after four years rather than allow those described as haters of the north to tactically cause power to evade the north for another eight years.
Meanwhile the group has also prayed for the safe recovery of Gen. Muhammadu Buhari who they believe is alleged to be critically ill and under intensive care in a Florida hospital in America. They however advice the former head of state to give his ambition a serious think while in America so as to save from soiling his name and return to the position of statesmanship he truly deserves.