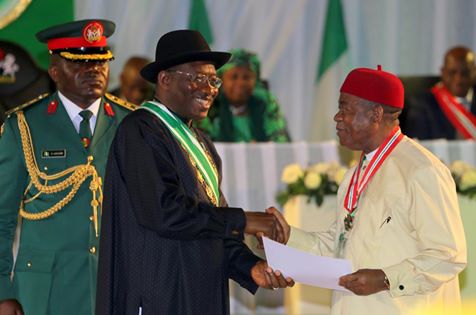 Governor Theodore Orji of Abia State is a respecter of people in general, but chiefly the people of his state. He has not failed the people as against the aspersions of opposition politicians and hew writers who are looking for self-aggrandizement from the bright government of Governor Orji, but are using propaganda and blackmail against the cheerful government, to look for such. 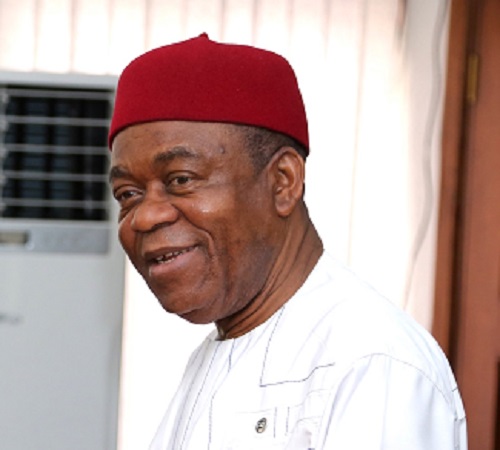 These persons and groups have been doing everything in making sure that they lock the heads of President Goodluck Jonathan and the Peoples Democratic Party (PDP) with that of Governor Orji. But Mr. President and the party know better that Governor Orji is carrying his fundamental roles as governor without any iota of partiality.

Nobody or group would come up with any substantial evidence that the governor did any wrong to him or her or it. But those who are seeking for self-recognition have been doing everything to sully the governor’s image, which they have not succeeded and will not succeed.

The Chief Press Secretary to the governor, Mr. Charles Ajunwa would describe such persons and those in such groups as failed politicians, who want to pull the governor down to join their inglorious bandwagon. He would say that the PDP in Abia State and his boss would never fail as such persons and groups, because the former have respect for the people of Nigeria and, humanity at large.

Ajunwa said that part of the evidence of the brightly government of his boss was the peaceful primaries that the party conducted in the state, which was second to none. He believed that those bickering and tinkering were those who had mapped out ways to pull the state backwards but fortunately, Abia people spoke with their votes, which saw to the emergence of Dr. Okezie Ikpeazu, as the gubernatorial flagbearer of the party in the state, come 2015.

The governor’s son whom these gangsters are always bringing up in the media is just a gentleman who is going about his private business and as an adult he has the right to choose what he wants or not in life. So, for any group and person to be saying that he had political aspiration, does not add up.

He has a right within the confines of the Constitution to make choices or not, even in politics. Therefore, anybody or group saying that he was to be imposed as Speaker Abia State House of Assembly was not being truthful. Nowhere such was discussed. Anybody with concrete evidence other than the fabrications of the opposition politicians and groups should come forward with such.

Again, Dr. Ikpeazu has no comparison as the people of Abia State love him and have been re-uniting and re-routing to collectively elect him as their governor come 2015 elections. It is the minute opposition politicians in the state that have been painting his image black. But in earnest, the people love him, because he has always been there for the people and has not disappointed them; a fact that Ajunwa said that the opposition politicians and groups are afraid of him, because of the landslide victory that Ikpeazu would poll in the 2015 general elections.

Ajunwa said that Ikpeazu has touched many lives positively, which gave him the sobriquet: Okezuo Abia. In the Governor Orji government he served,  scholarships were given to potential Abia people to university level, the less-privileged were taken care of, the  needy and poor were empowered, schools and churches, health care centres were built, transportation facilities were provided, roads and other infrastructural facilities to communities and educational institutions, and empowerment to humanity, were not in dearth.

These bring to unclothe the fact that the PDP has not failed Abia people in this present administration. Accusing Governor Orji that he was the one who made Ikpeazu to win in the primaries is not good. The governor is innocent of this type of cheap blackmail. However, it could be seen as jealousy from these failed politicians in the state. And they think that Abia people who elected Ikpeazu at the primaries were bereft of sound judgment and ideology? Ikpeazu remains the best. Anything contrary is sentimental and the PDP national working committee and Mr. President should not listen to such garbage that there was a candidate that was better off than Ikpeazu.

Ajunwa would say that it would have been so dangerous for Abia State if Governor Orji did not come in as governor to rescue the state from a certain ruinous political dynasty that was in progress of gulping the state. Ajunwa thanked his God that his boss has performed creditably well that has earned him a ticket from Abia people to represent them at the Red Chambers of the National Assembly. Ajunwa had therefore called on the national body of the PDP and President Goodluck Jonathan not to listen to troublemakers in Abia State, as Governor Orji is committed to espousing due process, equity, fairness and rule of law in the state, according to the dictates of the Constitution of the Federal Republic of Nigeria.