A Federal High Court, sitting in Port Harcourt Tuesday ordered the Federal Government to pay N37.6b compensation to the people of Odi community in Kolokuma/Opokuma Local Government Area of Bayelsa State over the invasion of their community by armed soldiers during the administration of President Olusegun Obasanjo.

Justice Lambi Akanbi of the Federal High Court, Port Harcourt, who gave the order while delivering judgment in a N100 billion suit filed by the people of Odi community against the Federal Government also ordered that the compensation should be paid within three weeks. 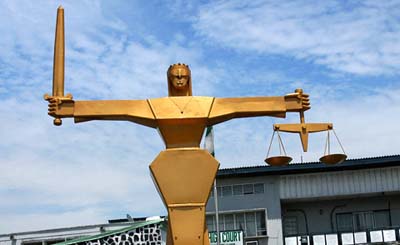 They prayed the court to award them the amount as damages for the destruction of lives and property in Odi. The judge however awarded a total sum of N37.618 billion compensation in favour of the community for the wanton destruction of the place by Nigeria soldiers.

The community asked for N17.618billion as general damages and N20billion for special damages. They also demanded public apology and the re-building of Odi community by the FG.

The Judge however granted two of their prayers and rejected the other two.

Delivering the judgement; which lasted for two hours, Akanbi held that the Federal Government was economical with the truth by pleading in their counter affidavits that no inhabitant of the community was killed apart from some armed militant youths who engaged the military in gun battle; and that no property was destroyed by the soldiers.

Relying on various statements by the government, National Assembly,  and inscriptions left on the soils of Odi by the Soldiers, as well as video clips on the invasion which was watched in the open court at the January 17th, 2013 session, the judge  described their claims and counter affidavits ‘as worthless’.

The judge also quoted President Goodluck Jonathan as saying in a media chat on the National Television Authority (NTA), on November 18, 2010 that “only innocent people, including women, children and the very weak that could not run escape were killed in Odi”.

According to him, the then Senate President, late Chuka Okadigbo was also quoted to have said, the facts speaks for themselves, no need to speak again, as there are nobody to speak.”

He equally reviewed the exhibit tendered quoting the soldiers who carried out the destruction  as saying “we go kill all the Ijaw people with our guns, come to Odi and learn a lesson, Ijaw face, Monkey face, Government has given us power to kill, Odi is for Soldiers not for Ijaws, Bayelsa will remain sorrowful for ever.” among others.

The 1st and 2nd respondents (FG and Attorney General of the Federation) were represented by Mrs. Nkoli Awa Esq. The 2nd and 3rd respondents (Minister of Defence and Chief of Defence staff), did not make any formal appearance throughout the proceedings.

They however showed up yesterday, through one Mallam Jimoh Abdukadreen Adamu, with an application to delay judgement until they state their case.

They denied receiving any of the court invitations urging them to come and defend the allegation against them, including the hearing notice and the originating process.

The court records however showed that they received all the invitations but ignored them.

The records showed that they were served through substituted service via the office of the Attorney- General of the Federation as directed by the former judge in the case, Justice Abdullahi Mustapha.

Awarding the cost against the Federal Government, the judge held that no amount could be adequate enough to compensate for the pains and trauma of the people of the community, but said the cost for the damages given them was as valued by their valuers.

Reacting on the judgement the lead Lawyer for the community, Mr. Lucius Nwosu (SAN), described the judgement as “a victory for an aggressive Nigerian Bar, and more a victory for Nigerian Judiciary, particularly the Federal High Court. It’s a reflection of courage, erudition and consideration for justice governed by conscience, truth and good faith.”

On the two other prayers that were rejected he said, “it would have been double compensation if the prayer for re-building of the community was granted, having already granted them general damages. “The judgement was very sound and considered with truth and common sense.” He said.

Three Senior Advocates of Nigeria including,  Ayo Adedipe, and Rafin.Lawal Rabana,(SANS), and seven other lawyers appeared for the applicants.

Former President Obasanjo in November 20 1999 deployed troops in Odi and authorised the use of force to deal with militants who were accused of killing some soldiers the state.

After the Odi invasion, the indigenes brought a N100 billion suit against the President, the Chief of Army Staff and the Chief of Defence Staff.

When the matter came up on Thursday, January 17, 2013 in the suit, during the proceedings, DVD and projectors were used to show military operations in Odi, and  how the various machine guns, bombs and helicopter gunships were used to destroy lives and property in Odi.

The lead counsel to the plaintiffs,  Nwosu (SAN), said: “The President and Commander-in-Chief of the Armed Forces, Dr. Goodluck Jonathan, had responsibly stated that no militant was killed in the military invasion.

“It was only old men, women and children, who could not run, that were massacred in that military operation.

“A situation where you turn guns and artillery purchased with taxpayers’ money against the taxpayers, is a call for sober reflection and a matter of serious concern.

“It calls for atonement for the dead and compensation for the living, for the trauma and loss they have been made to suffer as refugees and loss of their precious homes, loved ones, friends and objects of reverence.”