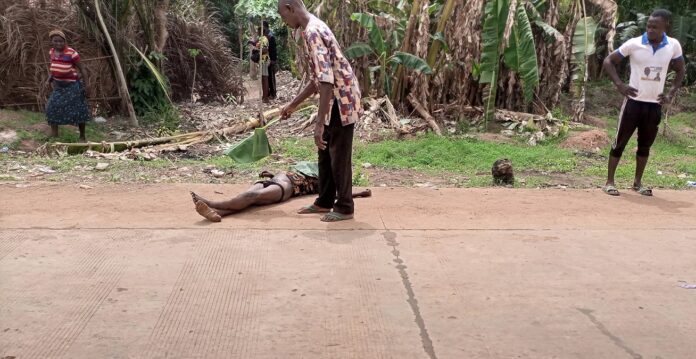 A pressure group, Igbo National Council (INC) Worldwide has given the Governor of Ebonyi a twenty-one day ultimatum to resign, accusing him of conspiring with killer Fulani herders to kill his people.

The group said Governor Umahi should step aside so as to face trial of alleged conspiracy on the recent killings of armless Ebonyi citizens.

Chilos Godsent, the National President of the group, in a press statement on Thursday, said the Governor’s actions in recent times, were indicative of his support for the Jihadists killer herdsmen.

According to him, while many Southern and North central states Governors vehemently rejected the proposed obnoxious RUGA project in a bid to protect their citizens, Engr. David Umahi was busy ceding huge acres of lands of Ebonyi State to the Fulani’s for their settlement in exchange to win their support for his 2023 Presidential ambition.

“Governor David Umahi is the most dangerously treacherous among all the Governors in the history of Igbo nation, because he has the tendency to betray his people at any slightest opportunity.

“We must do everything within our powers to bring Governor Umahi to book now or after his tenure as governor. He is an enemy of Ndigbo.

“We therefore call on the Ebonyi State House of Assembly to immediately commence the impeachment of Governor David Umahi if he fails to voluntarily resign after twenty-one days from 2nd April, 2021 so as to stop him from bringing more shame to Ebonyi people.

It would be recalled that the dreaded Fulani herders massacred over sixteen Ebonyi people on Monday night and threatened to kill more should anyone stand on their way.