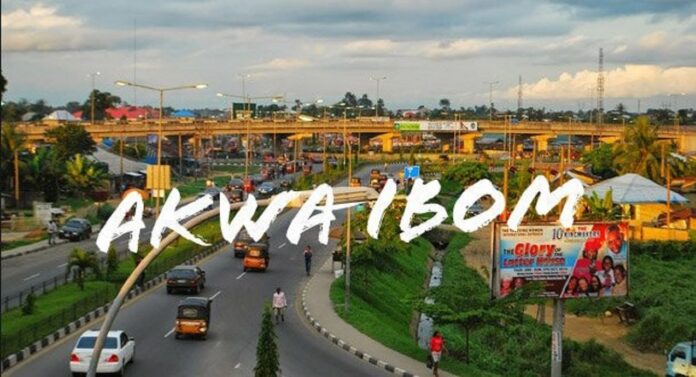 It is no longer news that, the information manager of the Akwa Ibom State Government, Comrade. Ini Ememobong  has performed below average as against the high expectations and confidence placed in him, especially by his boss, Governor Udom Emmanuel, in discharging his duties in line with the ‘Completion Agenda’ of Governor Udom Emmanuel within the few months of his appointment.

In the past few months, the media space in Akwa-ibom has witnessed several attacks against the Goverment of Governor Udom Emmanuel from  right hand media allies of the State Information Manager. These attacks have brought some sorts of incertitude, insults and embarrassment on the Goverment of the day, despite all the efforts of putting Akwa Ibom State on the right track.

Surprisingly, all these Seem not to cause the information manager of the state to swing into action. Comrade. Ememobong, who is supposed to be proactive in his dealings especially as it concerns Akwa Ibom State goverment, has remained adamantly silent, complacent and watch these men lay waste to a  government they are breaking bread from thereby making it look like governor Udom Emmanuel is doing little or nothing in delivering in his promises to Akwa Ibom people. A case of ‘Give a pig a bad name so you can shoot it’

It is understandable that everyone is entitled to his or her opinions and free to pose any views on the media space, but in private organizational set-up can such be allowed? Can a brand manager allow his team to lay waste to the brand they were called to promote and market?

To see such negative views and opinions coming from the staff/friends of a man who is supposed to coordinate his team in one fold so as to promote the goverment is disheartening and frustrating, therefore sparks high sense of betrayal and distrust from the  ‘White House Association’ .

Agreed, Ememobong as a person cannot control what his allies should post on the media space against the Goverment as everyone is entitled to his/her opinions but this is but a strong case of ‘Stooling Where One Eats’.

It could be noted that in previous dispensations Other Commissioner’s would aptly define his ‘Modus Operandi’ as it concerns his office and friendship with his friends, colleagues and make it clear to them that, “anybody against the goverment whose image he is managing is against him and anybody for the government is for him” and at such declaration he puts his house in order, but that seems to be far from the Commissioner as it can be seen that he hasn’t taken any of such action.

As one that can be seen to despise criticism he instead plays to the crowd and avoids being put on the spot and  watches those close to him ridiculing the Governor and his Goverment.

If the Information manager of the state cannot control his immediate staff and let them refrain from talking down the goverment, while enjoying the largesse of the same government, then, how does he intend to manage the state’s image in ‘hours of crisis’ given that he is one to “Not Control What they put out there”.

In broad analysis when the Governor of a state is condemned from any quarter for non-performance and his Commissioners praised and projected to be doing well more than the Government, then one can simply reconcile that every Commissioner has also failed, in this case the Information Boss on focus.

It is on conscious record that, on several occasions, the commissioner presented these people who continue to castigate the Government daily in the media space as his ‘media team’, friends and allies which means he directly or indirectly has some sort of influence over things they choose to put out there but instead he chooses to watch from the side and let them continue their target onslaught against the Udom Emmanuel Led Government so he can be absorbed of criticism, Which begs the question is Ini Ememobong for or against Gov. Udom Emmanuel?

I believe So much in the Completion Agenda and the Gov. Udom Emmanuel Led Government and He will succeed. This is my Humble Submission.