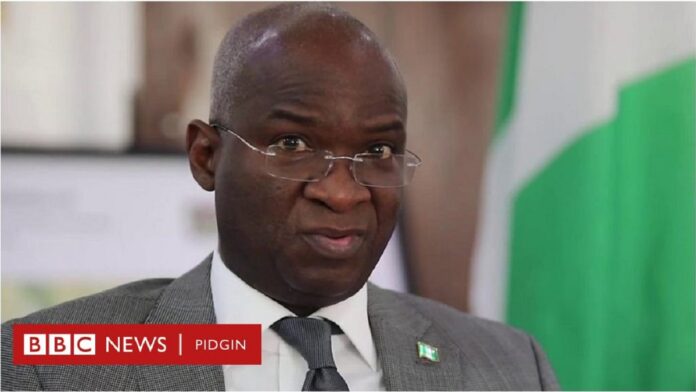 The Media Office of the Hon. Minister of Works and Housing, Mr. Babatunde Fashola, SAN has dismissed as pure fabrication, a poorly written Press Release by one Ichie Daniel Ezeobi which he claimed to be a report from an event that took place in Wuse 2, Abuja.

Ezeobi who falsely claimed to be a media consultant to the “Federal Ministry of Works” had stated in the Press Release, circulated through the social media, that Mr. Fashola SAN spoke at a “public hearing lecture” in Wuse 2, Abuja where he allegedly cautioned a Senator and some Representatives from Anambra State for “taking credit for Federal Government sponsored projects/programs” to advance their political aspirations.

In a Press Release signed by the Special Adviser, Communications to the Hon. Minister, Mr. Hakeem Bello, the Media Office explained that the Minister spoke at no such event in Wuse 2 and the Ministry of Works and Housing organized no such strange event called a “public hearing lecture’’.

It also noted that the Ministry has no Media Consultant called Ichie Daniel Ezeobi and implored members of the public and the Press – Print, Electronic and Digital – to be wary of the antics of impostors like Daniel Ezeobi.