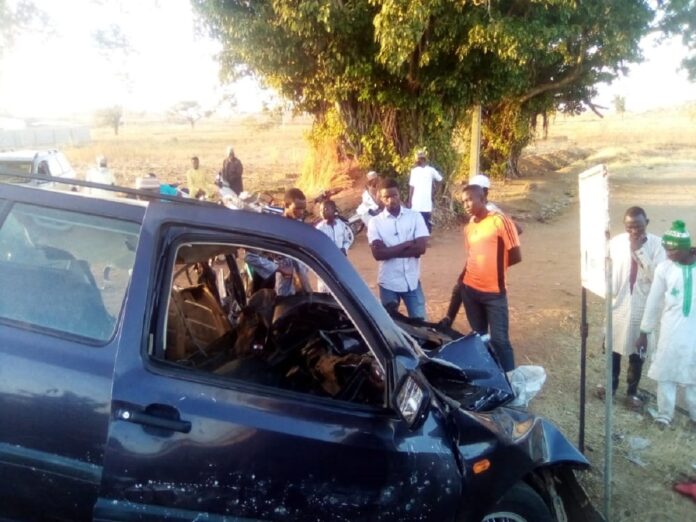 20 people have been killed ,The victims were burnt beyond recognition in an  accident that occurs along Bauchi to Maiduguri Federal Highway in Bauchi State, today Sunday. .

He said that Police personnel promptly responded to the distress call and joined in the evacuation of the victims.

Eyewitness reported that the accident involved two vehicles that had a head-on collision at Mangorori in Tirwun a suburbs of Bauchi about 3km away from the metropolis.

He said that the two vehicles are a Hummer bus belonging to Borno Express heading to Maiduguri from Jos with 18 passengers and a VW Golf car coming from Misau heading to Bauchi with 4 passengers on board.

Eye witness said that the two vehicles burst into flames immediately they collided with 20 of the passengers been burnt beyond recognition after a combined team of firefighters from Bauchi put off the fire, in the end, two female passengers survived with degrees of injuries.